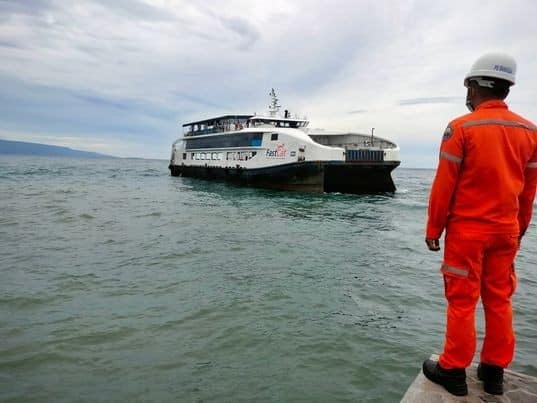 MANILA, Philippines — A roll-on-roll-off (Roro) ship was stuck after it touched the bottom of the shallow part of the waters off Dumaguete City on Wednesday afternoon, the Philippine Coast Guard (PCG) reported.

In an incident report, the Coast Guard said the PCG-Dumaguete and Marine Environmental Protection Unit (Mepu) of Negros Oriental conducted towing operations for MV Fast Cat M6 that ran aground in the vicinity waters off Pantawan, Rizal Boulevard, Dumaguete City.

All crew members, including the master of the vessel, were all safe and there was no passenger in the ship when the maritime incident occurred, the maritime armed service also said.

“The PCG team also confirmed that the 18 crew members, including the master of the vessel, were all safe and in good physical condition after the successful towing of the vessel to the Port of Dumaguete for further monitoring.

“The said vessel had no passengers on board when the maritime incident occurred,” the report stated.

There were no traces of oil spill in the said vicinity waters, according to Mepu.

The MV Fast Cat M6 ran aground due to the weather and the sea condition.

“The vessel encountered strong winds and big waves, causing it to run aground. It also damaged the starboard side of the hull,” the PCG said.

PCG said an underwater inspection will also be conducted to check the entire condition of the vessel.