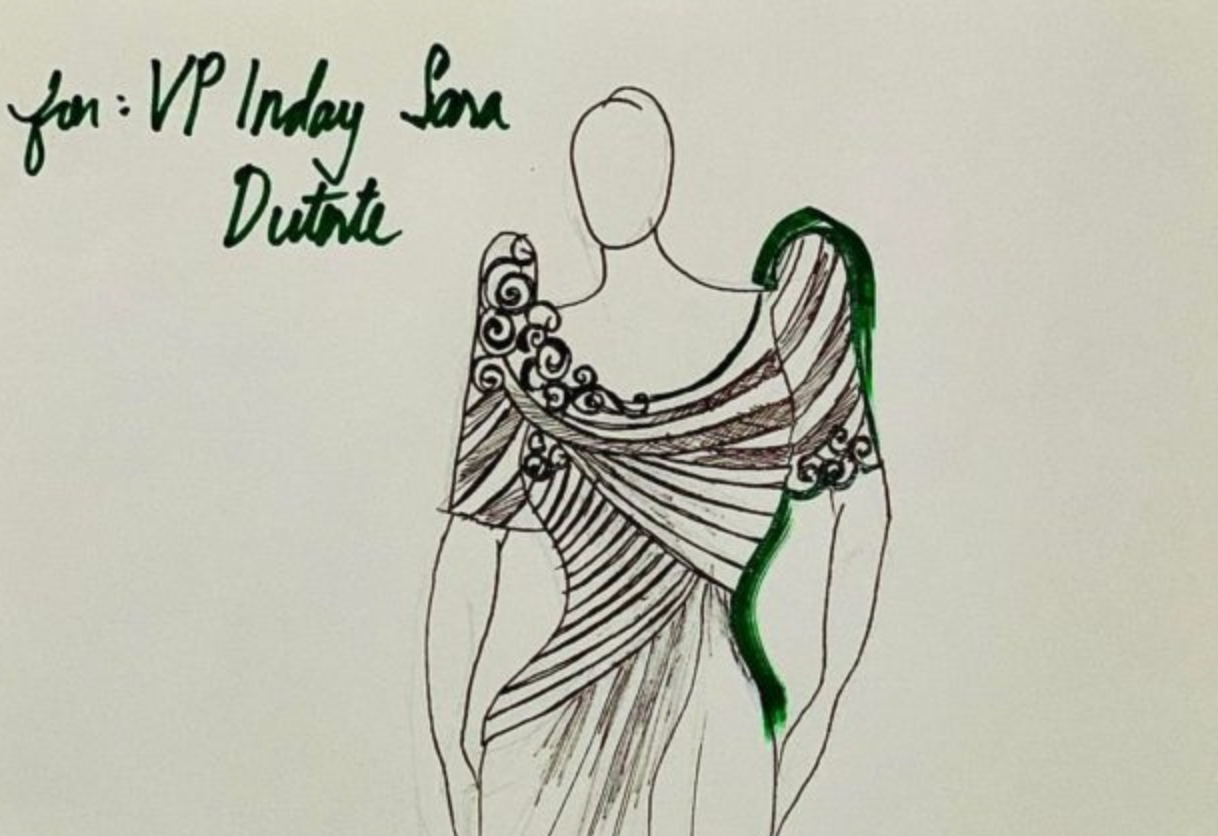 DAVAO CITY—Vice President-elect Sara Duterte will be wearing an emerald green chiffon gown with a free flowing design and an embroidery accent as she is sworn to office at 4 p.m. here today, her long time public image consultant and designer Silverio Anglacer told the Inquirer on Sunday morning.

Anglacer, who also created gowns for the incoming vice president’s mother Elizabeth Zimmerman, and daughter Mikhaila María, better known as Sharky; said that unlike the past, Sara had allowed her freehand to design the gown, so, he just came up with his own design.

“I just put some accents where I think fit,” he said as Duterte had been his client since she first took her oath of office as mayor here in 2010.

Aside from the new VP’s mother and daughter, Anglacer also designed the dresses of Bella, daughter of incoming Davao City Mayor Sebastian Duterte, Sara’s younger brother; and created the attires for Duterte’s sons Mario Lucas or Stingray; and Marco Digong or Stonefish and even husband Manases Carpio.

In her stint as mayor of the city before her father Rodrigo became President in 2016, Sara used to visit Anglacer’s shop at least thrice a year.

“When her father became President it was difficult for her to visit because of the PSG (Presidential Security Group),” Anglacer said. He said it was his familiarity with her that she always allowed him to come up with whatever dresses he thought was fit for her on certain events.