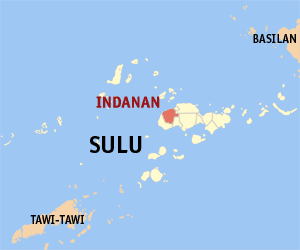 JOLO, SULU – Two members of the Abu Sayyaf terrorist group are currently detained at the provincial police office here after they surrendered to authorities on Thursday.

Maj. Gen. Ignatius Patrimonio, commander of the Army’s Joint Task Force Sulu, said  Mujer Yada, 55, and Ben Tatto, 41, both sub-leaders of the group based in Indanan town, were mainly engaged in kidnap-for-ransom, murder and bombing operations.

“Their surrender is an indication that the security landscape in Sulu is getting better,” Patrimonio told the Inquirer.

Patrimonio added that Yada and Tatto had told authorities that both of them “wanted to reunite with their families.”

Mojica added that they were involved in the beheading of soldiers, kidnapping with ransom and beheading of foreign nationals.

Mojica said the duo will be held in detention at the provincial police office until charges are filed against them.

Patrimonio noted that over 800 bandits have already surrendered since 2016, when government started offering support to former Abu Sayyaf members.

This year, 67 have so far turned themselves in. They likewise surrendered 46 weapons.