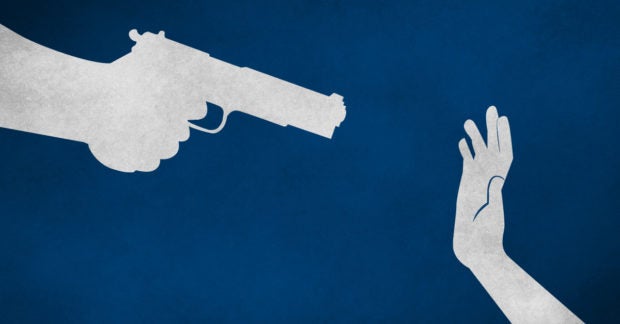 ORMOC CITY — A drug suspect who was just released from prison last year was shot dead by still unidentified persons on board a four-wheel vehicle in Barangay Lilo-an, Ormoc City on Tuesday (June 14).

Jan Michael Manacap was feeding his fighting cocks when the perpetrators arrived and shot him several times, causing his instantaneous death, said Lt. Rodolfo Mercolita, chief of the Police Station 3.

The culprits then left the area on board a white vehicle, according to the victim’s neighbors.

Manacap was arrested in Naval, Biliran on July 16, 2016 but was released last year after he entered a plea bargaining agreement wherein he pleaded to a lesser offense in exchange for the dropping of the charges against him in court.

Read Next
Village councilor killed in Sorsogon shooting
EDITORS' PICK
Lawmakers eyeing more changes in Maharlika plan
How not to retire as an ex-president
Hidilyn Diaz wins only gold missing from her collection
Shop smarter with vivo’s big 12.12 holiday deals
The vivo Y02 is now available in the Philippines for only PHP 5,299
House energy committee chair Arroyo bats for cheap electricity
MOST READ
Don't miss out on the latest news and information.