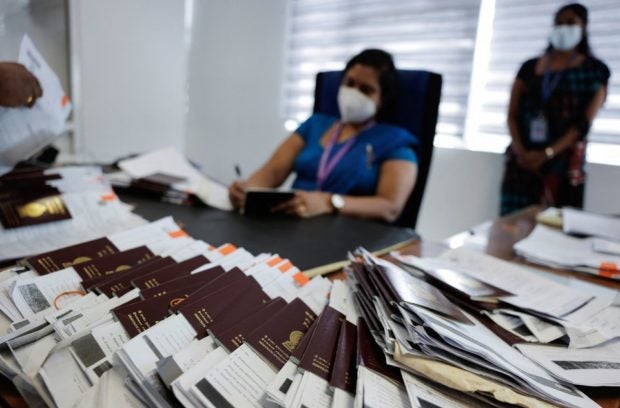 Officials prepare the passports of the applicants at the Sri Lanka’s Immigration and Emigration Department, amid the country’s economic crisis, in Colombo, Sri Lanka, June 8, 2022. Picture taken June 8,2022. REUTERS

COLOMBO — R.M.R Lenora stood in a snaking queue outside Sri Lanka’s Immigration and Emigration Department headquarters for two days last week, hoping to get a passport and, with it, a chance to leave a country wilting under an economic crisis.

A garment worker, 33-year-old Lenora decided to apply for a job as a maid in Kuwait after her husband was laid off from a small restaurant where he worked as a cook.

“My husband lost his job because there is no cooking gas and food costs have skyrocketed. It is very hard to find work and the salaries are very low,” said Lenora, who said she earns about 2,500 Sri Lanka rupees ($6.80) a day.

“With two children that is impossible.” 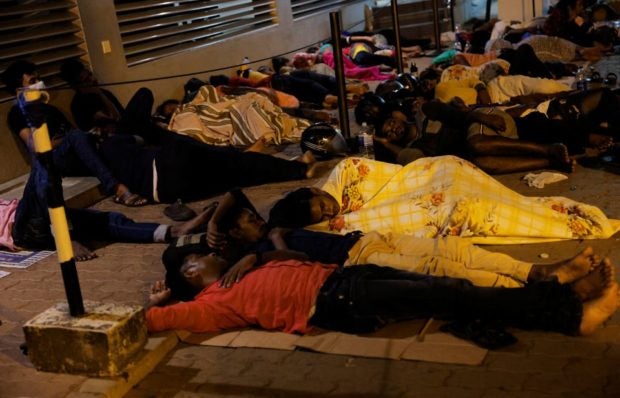 So last week, carrying a change of clothes and an umbrella to fend off a blistering sun, the petite woman boarded a train from the town of Nuwara Eliya, in Sri Lanka’s central hills, and travelled 170 km (105 miles) to the commercial capital, Colombo, to hand in her papers for her first passport.

In the queue, Lenora was joined by labourers, shop owners, farmers, public servants and housewives, some of whom camped out overnight, all looking to escape Sri Lanka’s worst financial crisis in seven decades.

In the first five months of 2022, Sri Lanka has issued 288,645 passports compared with 91,331 in the same period last year, according to government data.

The island nation of 22 million people is running short of food, cooking gas, fuel and medicine, after economic mismanagement and the COVID-19 pandemic wiped out its foreign exchange reserves.

Currency depreciation, inflation of more than 33%, and worries of prolonged political and economic uncertainty is pushing many to migrate.

The government is keen to support more people hoping to work abroad to boost remittances, which have halved in recent months, according to central bank data. 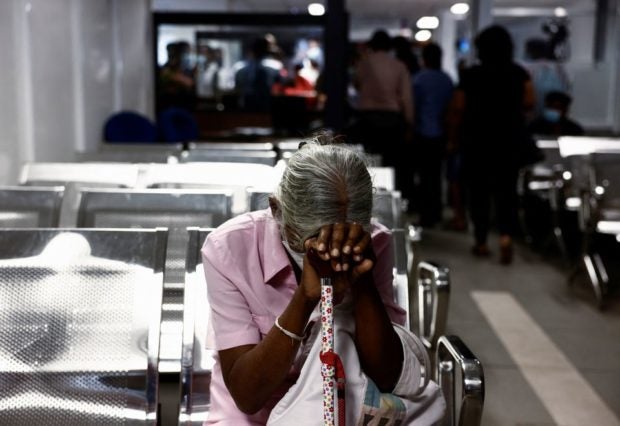 A woman waits to apply for a passport at the Sri Lanka’s Immigration and Emigration Department, amid the country’s economic crisis, in Colombo, Sri Lanka, June 8, 2022. Picture taken June 8,2022. REUTERS

Inside the Immigration and Emigration Department, where people pack counters for hours to get their photos and fingerprints taken, a senior official said the 160 members of staff were exhausted trying to meet demand for passports.

The department has tightened security, expanded working hours, and tripled the number of passports it issues but at least 3,000 people are dropping off forms every day, said H.P. Chandralal, who oversees the authorisation of most applications.

The online application system is backlogged for months and many new applicants can’t get necessary appointments.

“It is very difficult dealing with the people because they are frustrated and do not understand that the system is not equipped to deal with this kind of demand,” said Chandralal.

“So they get angry and blame us but there is nothing we can do.”

A woman waits to apply for a passport at the Sri Lanka’s Immigration and Emigration Department, amid the country’s economic crisis, in Colombo, Sri Lanka, June 8, 2022. Picture taken June 8,2022. REUTERS

The urgency for many people aiming to leave was compounded recently by a warning from Prime Minister Ranil Wickremesinghe that a food crisis is only months away.

The United Nations says Sri Lanka risks a full-blown humanitarian emergency, and it has launched a plan to provide $47.2 million to 1.7 million of the country’s most vulnerable people.

In a bid to fix the crisis, Sri Lanka is in talks with the International Monetary Fund (IMF) for a bailout package, having suspended repayment on about $12 billion in foreign debt in April.

The government estimates it will need at least $5 billion to meet essential imports for the rest of the year.

Lenora is determined to do what she can for a better life, for her and her children.

“I want to spend two years in Kuwait then I’m sure I can earn and save enough to come back,” she said.

“I want to educate my daughters. That’s the most important thing.”