2 boys die after mound of soil collapses in Cagayan province 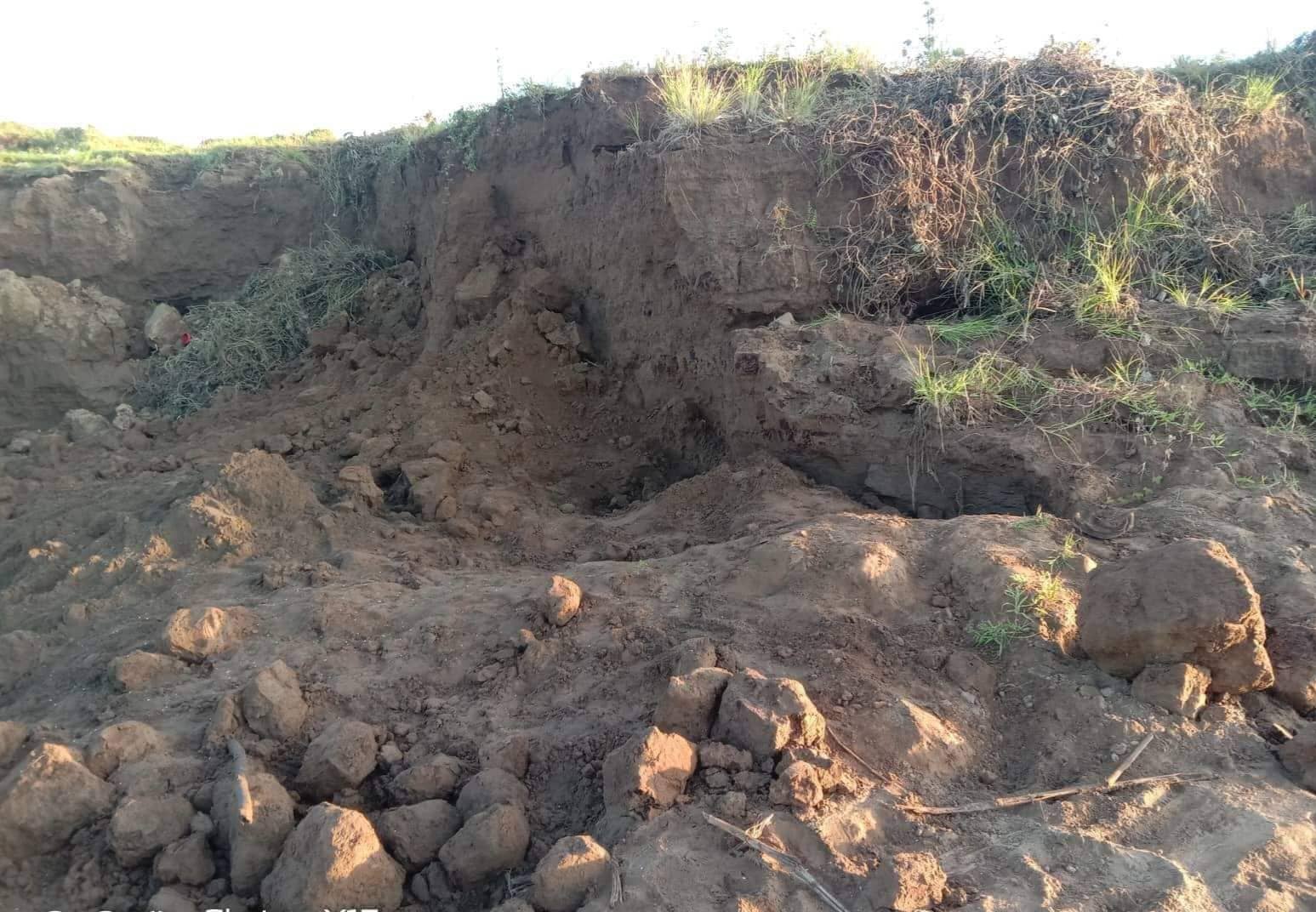 A mound of soil collapsed on June 10 at Barangay Andarayan North in Solana town, Cagayan province, burying two children who later died while being treated at a hospital. | PHOTO: PNP-Solana, Cagayan

TUGUEGARAO CITY—Two boys died after being buried in a mound of soil that collapsed June 10 near the Cagayan River in Solana town, Cagayan province, police said in a belated report on Tuesday, June 14.

Captain Isabelita Gano, Cagayan police spokesperson, said Niño Chris Baggayan, 13, and A-jay Lumabao, 10, were digging soil in Barangay Andarayan North when it caved in and collapsed on them.

Rescuers took the boys to St. Paul Hospital in this city but they died while being treated.