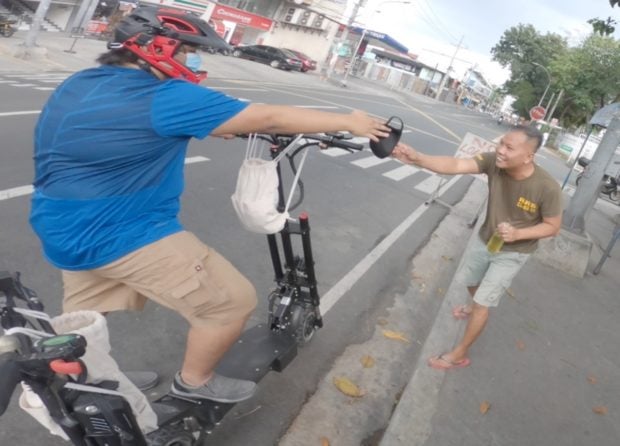 MANILA, Philippines — The Metropolitan Manila Development Authority (MMDA) is planning to tighten the regulations on the use of electric scooters and bicycles in the capital region.

“The road operation of e-vehicles…must be limited to bicycle lanes, barangay roads, and they must always give the right of way to incoming traffic. They’re not allowed to pass in the middle of the major thoroughfares,” Victor Nuñez, head of MMDA’s Traffic Discipline Office for Enforcement, said over ABS-CBN News Channel’s Rundown on Tuesday.

Aside from requiring users to possess a valid drivers’ license, he noted that e-scooters and e-bikes with a maximum speed capacity of 50 kilometers per hour or more must also be registered under the Land Transportation Office (LTO).

While LTO’s administrative order on this was effective from May 2021, Nuñez said MMDA was initially “a bit lenient” in enforcing it since public transportation services were not operating at full swing due to health protocols in view of the pandemic.

“Now, since mass public transport is back to its 100% capacity and face-to-face classes are about to resume in a couple of weeks, we know that many students might use these e-bikes and e-scooters, so we just want to promote road safety,” he stressed.

Nuñez assured, however, that the agency doesn’t aim to ban e-bikes and e-scooters but only implore for users to be disciplined and to “know their road limitations.”

MMDA has previously met with concerned government agencies in the National Capital Region to discuss the guidelines for implementing these regulations.

According to Nuñez, a “huge reduction” in road crashes involving e-scooters and e-bikes has been observed compared to last year’s figure of 346 reported incidents.