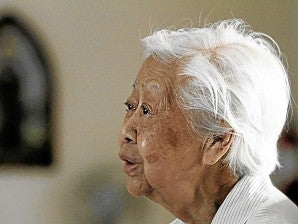 Lawyers of Chief Justice Renato Corona on Tuesday opened the possibility for members of the Basa family taking the witness stand after they asked the Senate impeachment court to summon court personnel of Quezon City to testify on the sale of Basa-Guidote Enterprises Inc. (BGEI).

Corona’s lawyers also asked the Senate to order the court personnel to bring with them documents pertaining to the ownership dispute over BGEI, a company owned by the family of Corona’s wife Cristina.

The defense panel said Bisnar’s and Cristi’s testimonies would prove that the majority of BGEI shares were no longer in the name of Jose Ma. Basa III and Raymunda Basabut.

The panel said Basa and Basabut’s shares were transferred to Corona’s daughter, Carla Castillo, being “the highest bidder during the sale through a public auction of said shares of stock.”

The House prosecution panel previously signified its intention to present Cristina’s relatives, Ana Basa and Sister Flory Basa as rebuttal witnesses to prove how Corona purportedly used his position in government to help his wife gain control of BGEI.

The Basas would also testify that the BGEI board of directors did not approve Corona’s supposed P11-million cash advance from the corporation and the sale of a property to the city government of Manila.

Corona claimed the proceeds of the expropriation were deposited in Philippine Savings Bank in the name of the Chief Justice.

Aside from Bisnar and Cristi, the defense panel also asked the Senate to summon executives of Ayala Land Corp., officials of the Registry of Deeds of Quezon City and Taguig City, and officers of John Hay Management Corp.