P20 per kilo price of rice ‘not yet possible,’ says agri chief 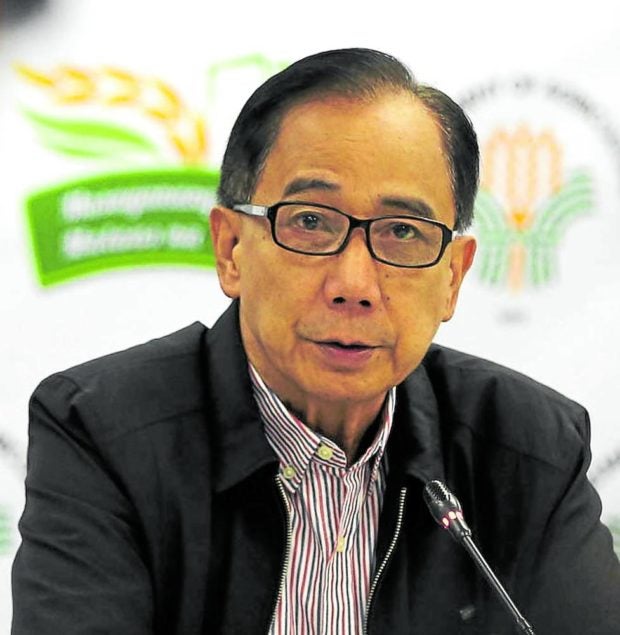 MANILA, Philippines — Based on current data, lowering the price of rice to P20 a kilo is “not yet possible” as of the moment, Department of Agriculture (DA) Secretary William Dar said Wednesday.

Dar said that prior to the conflict between Ukraine and Russia, production cost of palay was at P11.50 per kilo. However, with rising fertilizer and fuel cost, palay production cost has soared to P14.80 per kilo.

(Currently, the farmgate price—or when you buy the palay at 14 percent moisture content—is at P19 per kilo.)

(So if we’re going to look at whether or not P20 pesos per kilo of rice is possible, with this data, it’s not yet possible.)

To achieve this, Dar said that production cost has to be lowered. He pointed out that in Thailand, the cost of production of palay is current at P8 per kilo.

The cost is even lower in Vietnam at P6 per kilo, he added.

(I want to add that the aspiration of our president-elect Bongbong Marcos is a good sign. All of our endeavors should be planned so we can achieve that level of price for rice at P20.)

“So one way to really reduce the price of rice is to reduce your cost of production,” he added.

Earlier this week, Department of Agrarian Reform Secretary Bernie Cruz said they have crafted a strategy to achieve Marcos Jr.’s goal as early as 2023.

Cruz said that the aspiration is possible through the agency’s mega farm project.

Dar, however, said the only way this is possible is if the government will buy the rice from the farmers and sell it at P20 per kilo. This will cost the government around P123 billion, he said.

(I am appalled… For me, the only way to have that is by subsidizing it, buying the rice, and selling it at P20. If they can, it will take a lot of money.)