Nicotine is not a cause of cancer, says top French doctor | Inquirer News

Nicotine is not a cause of cancer, says top French doctor 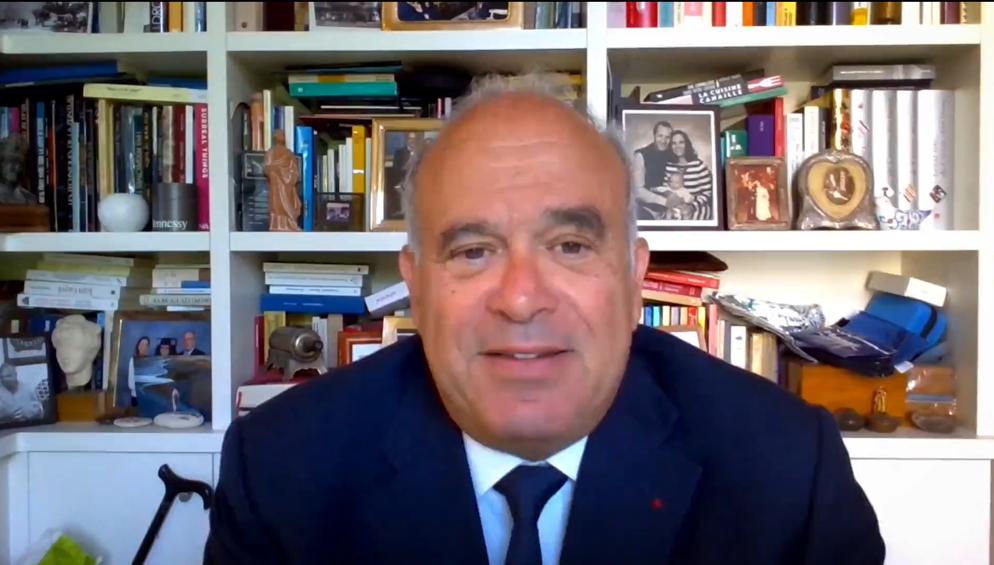 MANILA, Philippines — An international cancer expert clarified that nicotine is not a cause of cancer, while urging Filipino medical professionals to rethink current strategies in addressing smoking-related diseases.

Talking to members of the Philippine Medical Association, top French cancer expert Dr. David Khayat said in virtual scientific meeting that, “If you want to reduce exposure to carcinogens, you must identify the nature, production and exposure source of carcinogens,” noting that nicotine is not one of them.

Dr. Khayat, who has devoted himself to the fight against cancer for more than three decades, asked the medical association to look at nicotine as part of the harm reduction strategy.  He said that nicotine, while addictive, is not a source of cancer, and health experts even prescribe nicotine replacement therapy (NRT) to help smokers quit.

He said science and innovation provide the best solution to reducing smoking-related diseases.  Innovative smoke-free alternatives such as snus, vapes, and heated tobacco products (HTPs) are “showing very significant efficacy in helping people switch from real cigarettes that are very bad to health,” he said in a virtual presentation on the topic “Smoking, Cancer and Tobacco Harm Reduction” during the 115th PMA Annual Convention and Scientific Meetings held on May 19 to 22, 2022.

Dr. Khayat said, “Smokers commonly misperceive that nicotine is a major carcinogen,” contrary to the conclusion of Cancer Research UK, which found that nicotine is not responsible for the harmful effects of smoking.

“Nicotine does not cause cancer, and people have used nicotine replacement therapy safely for many years.  NRT is safe enough to be prescribed by doctors,” the Cancer Research UK said.

Dr. Khayat, a professor of Oncology at Pierre et Marie Curie University and head of Medical Oncology at La Pitié-Salpétrière Hospital in Paris, said it is the tobacco smoke, and not nicotine, that contains more than 6,000 chemicals and ultrafine particles, including 80 carcinogens or potential carcinogens.

“In a perfect world, the dream is to eliminate smoking and therefore all smoking-related diseases. If not possible, I think we have to take decision based on science, and not on emotion or opinion,” he said.

He therefore advised Filipino doctors to rethink their strategies to address the smoking problem as the current policies mostly failed to help smokers quit, leaving millions of Filipino smokers exposed to diseases.

If the elimination of smoking is not possible, smokers who would not quit even when afflicted with cancer should be given the opportunity to reduce their exposure to toxicants and carcinogens from tobacco smoke, he said.

Dr. Khayat said it is the responsibility of medical professionals to provide alternatives that reduce the harm from smoking, and these should include innovative smoke-free products. “The greater amount of carcinogens you are exposed to, the higher the risk of cancer. Although 80 percent of all lung cancers occur in smokers, only 8 percent of all smokers will develop lung cancer,” he said.

He said harm reduction is not a new concept, but a term that arose in the context of drug addiction.  “People make poor lifestyle choices despite suffering negative health effects,” he said.

It was the late Prime Minister Margaret Thatcher who pioneered the focus on harm reduction during the AIDS epidemic in the UK, which resulted in the lowest rates of HIV among drug users in the word, he said.

Over the past 12 years, UK think tank Centre for Social Justice led the change in drug policy in favor of abstinence.  The outcome from such shift is that drug-related fatalities doubled since 2011, and one in three drug-related deaths in Europe are now in the UK, he said.

He said while the best thing for patients is to completely quit smoking, most fail to do so, with studies showing that as many as 64 percent of people with lung cancer continue to smoke, even though they know that it is bad for their health.

Dr. Khayat said doctors have a role to play to help remove the stigma among smokers. He said this is where tobacco harm reduction comes in. “Accepting that some levels of bad behaviors are inevitable, therefore, we should target to minimize the harm people suffer as a consequence,” he said.

In Japan, a study found reduced formation of harmful and potentially harmful constituents in HTPS compared to cigarettes.  A study on the effects of switching to HTP concluded in 2021 that consistent improvements in respiratory symptoms, exercise tolerance, quality of life and rate of disease and exacerbations were observed in patients with COPD who abstained from smoking or substantially reduced their cigarette consumption by switching to HTP use.

On a country level, Japan experienced a 34-percent decline in cigarettes sales in four years following the introduction of HTPs.

In July 2020, the US FDA determined that the exposure modification order for IQOS would be appropriate to promote the public health and is expected to benefit the health of the population as a whole.

A 2021 study also suggested that the use of e-cigs could be just a third as harmful to health as smoking especially in high-income country settings.  The estimate is based on number of biomarker studies.