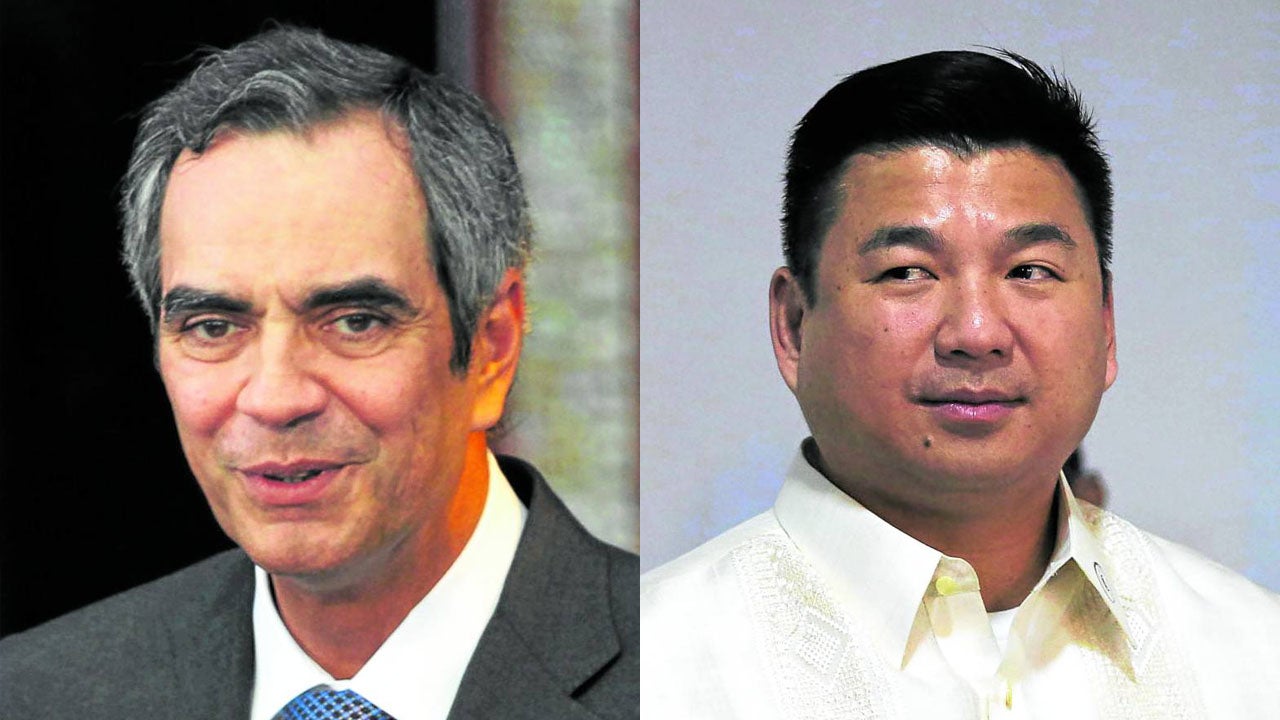 Ports and gaming billionaire Enrique Razon Jr. is coming to the aid of Davao-based businessman Dennis Uy by acquiring the controlling stake of the presidential ally in the Malampaya deepwater gas-to-power project in offshore Palawan.

The sale by Shell Philippines Exploration B.V. (SPEX) and Chevron Corp. of their 45-percent stake each in the Malampaya project to Uy’s Udenna Corp. was investigated by the Senate energy committee last year and ended last February with senators calling on the Office of the Ombudsman and the Civil Service Commission to file criminal and administrative charges against Energy Secretary Alfonso Cusi and his subordinates for their allegedly anomalous approval of the deal.

Prime Infra Holdings Inc., the infrastructure arm of the Razon Group, said in a statement on Thursday that its acquisition of a controlling stake in the energy venture has already started, subject to relevant regulatory and lenders’ approvals.

This will also require securing the consent of various parties, including the Department of Energy (DOE) and the state-owned Philippine National Oil Co.-Exploration Corp. (PNOC-EC), which holds the remaining 10-percent interest in Malampaya.

Prime Infra did not disclose other details about the transaction such as the acquisition cost and timeline, noting only that both Prime Infra and Udenna would take the reins of the Malampaya gas field from its current operator, SPEX.

“The transition of the operations of Malampaya is critically urgent. Prime Infra and Udenna, as the new operators taking over from Shell Philippines, will need to immediately plan for the expansion to ensure the continuity of the production as long as the reserves support it,” it added.

Udenna, through its subsidiary UC38 LLC, acquired Chevron’s interest in the natural gas platform for $565 million and the deal was closed in March 2020. Another Udenna unit, Malampaya Energy XP Pte. Ltd., paid $460 million to buy the 45-percent stake of SPEX.

Uy’s Malampaya takeover, however, was hampered by PNOC-EC’s withholding its consent to the sale and the subsequent investigation in the Senate.

The impending transfer of the Malampaya controlling stake from Udenna to Prime Infra is the “right step,” as it will allow the government to scrutinize the financial and technical capability of Razon’s firm to manage the power asset, Sen. Sherwin Gatchalian said on Thursday.

In a statement, Gatchalian welcomed the report that Prime Infra was subjecting itself to government evaluation.

“I don’t know if Prime Infra is qualified or not but the mere fact they are subjecting themselves to evaluation of the government is the right step. It gives us comfort that they themselves want to be evaluated; they are ready, and are not taking any shortcuts,” he told the Inquirer.

Gatchalian, the outgoing chair of the Senate committee on energy, said the sale by Udenna of its interest over Malampaya was the “ultimate evidence” that it was incapable of running the power project.

“It was already discussed in the committee. Its findings: It does not have financial capability to run Malampaya. So, they are forced to sell. The bottomline, they are not capable,” he said.

“This is precisely what we are trying to avoid—the flip-flopping and uncertainty. The law was really designed to create a certain environment, (and) the law was also established to create a stable environment in the energy sector,” he said.

Gatchalian said the law was crafted purposely to ensure stability, by being able to ascertain which party should have a controlling interest in a power asset.

“Whoever buys it should follow the law and qualify the criteria: financial capability, technical capability, legal aspect. All three should be complied with,” he said.

The senator clarified that in rejecting Udenna’s acquisition of Malampaya last year, he just wanted to ensure the capability of the prospective new owner.

Prime Infra said its entry into the natural gas arena aligns with its purpose of creating better lives and resilient economies “through critical infrastructure coupled by its aspiration to help its customers transition to cleaner energy resources to fuel the economic growth of the Philippines.”

“Natural gas is a critical transition fuel and the modern, state-of-the-art infrastructure built to harness this valuable transition fuel attracted us to pursue this deal—all aspects of the project ticks off our environmental, social and governance (ESG) checklist that will allow us to contribute more to the country’s transition from expensive and volatile coal and imported fuel prices to affordable, cleaner and domestic energy resources like natural gas,” said Razon, chair of Prime Infra.

Prime Infra signified its intention to apply for the license extension to sustain Malampaya operations and invest in its expansion which, in turn, will “sustain the economic and social benefits that Malampaya is providing for the country.”

Service Contract 38 (SC 38), which covers the Malampaya gas field project, will expire in 2024. The DOE is yet to decide whether or not to extend the contract.

“Also, there is a sense of ownership to achieving national energy independence when you bring in Filipino companies to handle the reins of a critical power infrastructure and this is what Prime Infra aims to do with our participation in Malampaya. We will invest and sustain the development and production of domestic gas as long as the terms of the operating license and the natural resources permit,” Razon added.

Prime Infra quoted Udenna as saying that it was optimistic about the inclusion of the Razon Group in Malampaya, further strengthening the capability of Filipino-run companies to meet power demand that picked up after COVID-19 restrictions were lifted and resulted in the resumption of more economic activities.

“We look forward to this opportunity to partner with Prime Infrastructure and PNOC-EC, as we explore more ways to fulfill our common vision to make Malampaya sustain its capability to meet the urgent energy security need of the Philippines,” Uy, chair and CEO of Udenna, said.

In the Senate resolution seeking the filing of administrative and criminal charges against Cusi and other DOE officials that was transmitted in February this year to the Ombudsman, lawmakers said the DOE decision endangered the country’s energy security and expressed a sense of urgency that charges be filed against the DOE officials involved in the approval of the sale to Uy.

According to Sen. Sherwin Gatchalian, chair of the Senate energy committtee, Cusi and his DOE subordinates were liable for “gross neglect of duty and grave misconduct in evaluating and approving the transaction,” and alleged violation of the Anti-Graft and Corrupt Practices Act “for knowingly approving the transfer” of the Malampaya stake to UC Malampaya.

“[UC Malampaya is] an entity that is clearly not qualified, and in so doing providing [it] an unwarranted benefit, advantage, or preference through manifest partiality, evident bad faith, or gross inexcusable negligence in evaluating and approving the deal,” he said.

Gatchalian questioned the inconsistent position of the DOE on the applicability of Presidential Decree (PD) No. 87 and DOE Department Circular (DC) No. 2007-04-0003, which required that any transfer of interest in the government’s energy assets needed prior government approval that should weigh the legal, technical and financial capability of the transferee.

“The [DOE] violated not only the law, but even its own department circular, in railroading the approval of the transfer of a substantial participating interest in Malampaya—our country’s single-most important energy resource—to a company that the DOE knew to be financially unqualified to own it,” he said.

Udenna had insisted that the transaction with Chevron was a private sale of shares and “as such, [DOE] approval is not required. To add, the Chevron transactions followed competitive bidding processes with rigorous due diligence conducted by Chevron, the international lenders involved and the other parties in the consortium.”

During the Senate hearings, senators claimed the entire approval process showed how a company owned by the biggest campaign contributor of President Duterte during the 2016 elections was allegedly favored to gain control of an important energy infrastructure.

Senators Gatchalian, Risa Hontiveros and Koko Pimentel questioned the “inconsistent” procedures that the DOE went through in approving the sale.

Hontiveros questioned at length how Udenna managed to snag the service contracts to operate the Malampaya power project off Palawan as well as the Recto (Reed) Bank gas reserves in the West Philippine Sea.

Citing documents, Hontiveros noted that Udenna Corp. Malampaya (UC Malampaya) was incorporated only on Sept. 1, 2019, or just 18 days before the DOE announced the nonrenewal of SC 38 covering activities in Malampaya.

UC Malampaya, Hontiveros claimed, later acquired the Malampaya shares of Chevron and SPEX despite having no experience in energy exploration.

In response, Cusi said the DOE had no jurisdiction over any transaction the companies made before the approval of the sale of Malampaya shares.

But Gatchalian repeatedly called out the DOE for its “confusing” positions on the legal bases for giving consent to the Malampaya deals and its subsequent approval. The senator chided Cusi for his flip-flopping positions on the applicability of PD 87 and DOE DC 2007, on whether or not the sale of stakes over Malampaya required government approval.

Located off northwest Palawan, the Malampaya field fuels five power plants on Luzon with a combined capacity of 3,200 megawatts. The DOE had said the gas field’s reserves were expected to be commercially depleted by 2027.