Floods in Cotabato village blamed on switch to banana growing 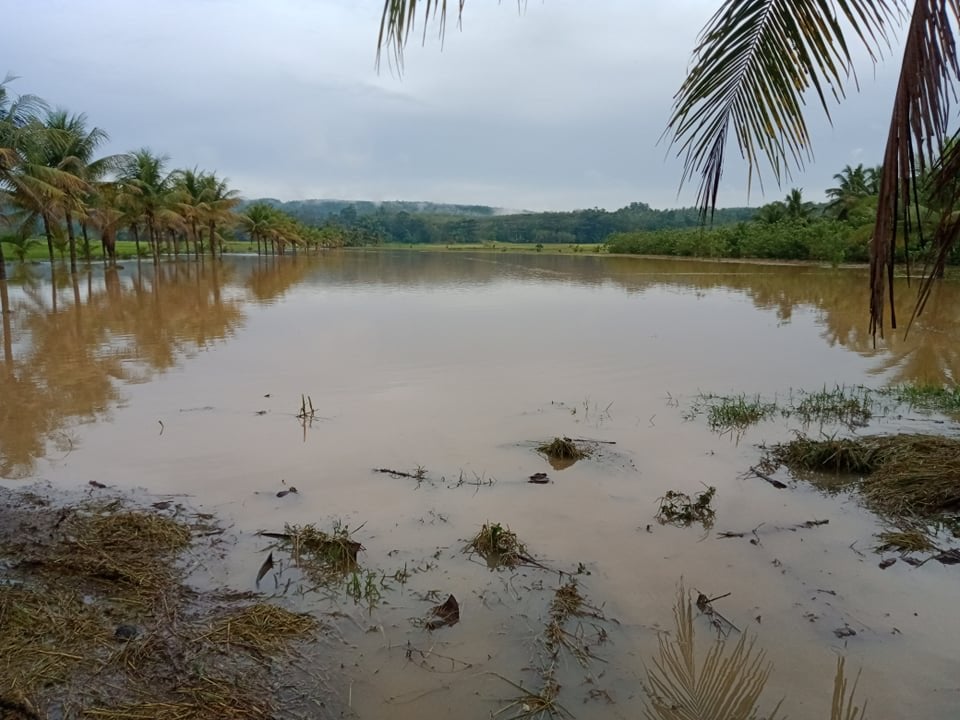 SUBMERGED. Newly planted rice in Barangay Sta. Maria of Matalam town in Cotabato is submerged in floodwaters that drained from nearby hills now devoted to banana farming. PHOTO BY WILLIAMOR A. MAGBANUA

KIDAPAWAN CITY––Rice and corn farmers in the low-lying villages of Matalam town in Cotabato province have blamed the conversion of mountain slopes into banana farms for the recent floods that destroyed their crops.

Felomino Nonesa, a Barangay Sta. Maria councilman and the chair of its agriculture committee, noted that recently, flooding incidents had become a regular occurrence in their village every time there is rain.

This is unusual and alarming, Nonesa said. They used to experience flooding only once, but these days they had already recorded at least five floods.

Nonesa’s committee investigated the May 23 flash flood that damaged some 50 hectares of rice fields and killed several farm animals.

Nonesa said the extent of damage could increase as only 30 farmers had reported so far. 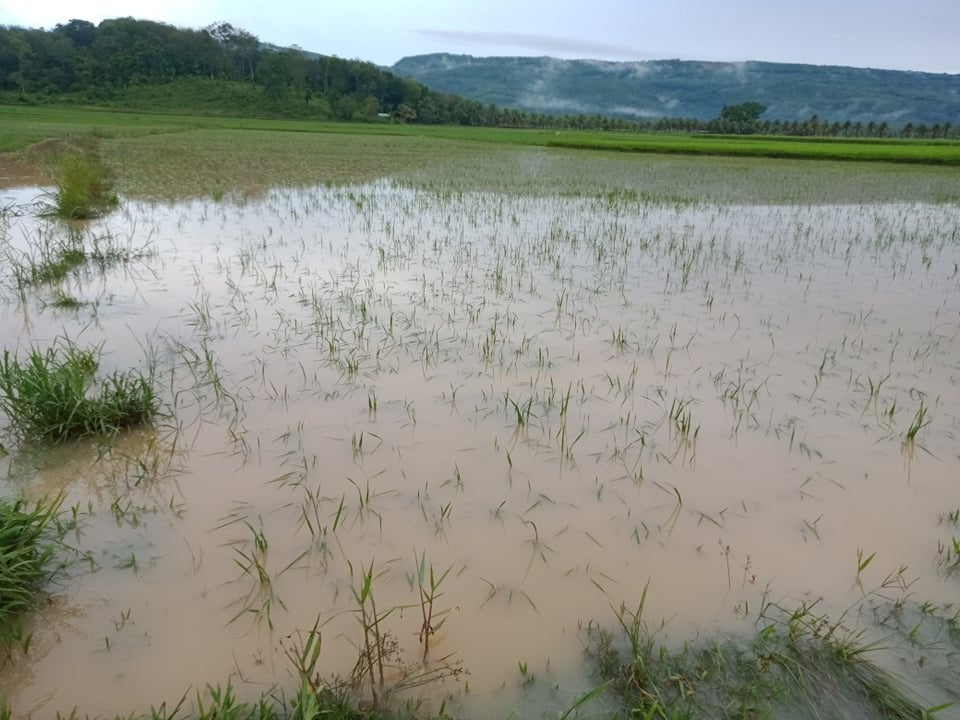 SUBMERGED. Newly planted rice in Barangay Sta. Maria of Matalam town in Cotabato is submerged in floodwaters that drained from nearby hills now devoted to banana farming. PHOTO BY WILLIAMOR A. MAGBANUA

Sta. Maria serves as the catch basin for excess water from the three neighboring villages of Minamaing, Alimojan, and Taguranao.

And with the trees on mountain slopes and hills giving way to planted bananas, the volume of rain water draining there has increased.

The siltation of rivers had also contributed to the flooding, Nonesa added.

In their village alone, more than 40 hectares of mountain slopes were converted into banana plantations that contributed to the flooding, Nonesa said.

The same trend happened in other villages, Nonesa added.

The Cotabato government is promoting banana, and three other crops to be grown in its vast agricultural area. The other three are oil palm, coconut, and rubber.

Cotabato hosts around 15,000 hectares of banana farms, of which about 30 percent are devoted to growing the Cavendish variety for export.

Lakatan and cardava are the other major banana varieties grown in the province.