Drilon: Pharmally probe not waste of time, next Congress can still use findings | Inquirer News

Drilon: Pharmally probe not waste of time, next Congress can still use findings 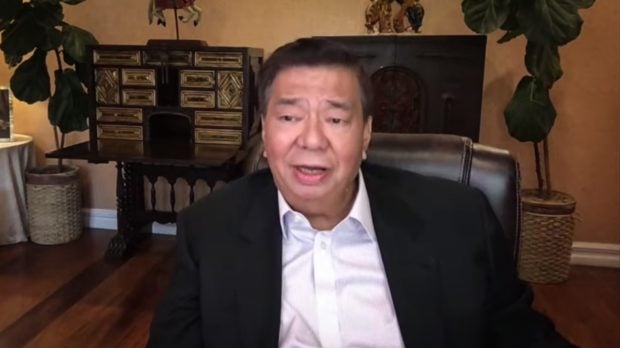 MANILA, Philippines — The Senate Pharmally investigation is “not a waste of time,” according to Senate Minority Leader Franklin Drilon, who said the next Congress can still adopt the blue ribbon committee’s findings on the matter.

At present, the draft committee report on the Senate blue ribbon panel’s investigation into the government’s transactions with Pharmally Pharmaceutical Corp. has yet to be filed due to lack of signatures from senators.

“It is not certainly a waste of time, even if no committee report can be supported by the majority, then we exposed the anomalies which I am sure has put people on notice this should not be repeated,” Drilon said in an interview with reporters on Monday.

“So even if no committee report is filed, that is already the effect of that investigation, so it is not a waste of time,” he added.

Drilon pointed out that a member of the 19th Congress “revive” the Pharmally probe by filing a resolution calling for an investigation.

“What the next Congress can do…would be for a member of Congress, particularly a senator, to file a resolution asking for the investigation of Pharmally. And that is referred to the blue ribbon [committee] of the 19th Congress can adopt all the findings, all the evidence, all the testimony in the Pharmally in the 18th Congress,” he said.

These, Drilon explained, can be “reproduced” as records of the 19th Congress.

“Not everything will go to waste because they can utilize the evidence gathered,” the minority leader said.

Drilon stressed that “nothing can prevent” a member of the 19th Congress to seek another Pharmally investigation.

“They can adopt the draft committee report, they can totally discard it, they can call new witnesses but the basic thing that they will do is adopt as part of the proceedings in the blue ribbon committee of the 19th Congress all the evidence, all the testimony, all the documents submitted to the blue ribbon in the 18th Congress,” he said.

The investigation into the government’s deals with Pharmally stemmed from the Senate blue ribbon committee’s inquiry into the handling of the country’s pandemic response. The inquiry began in August 2021.