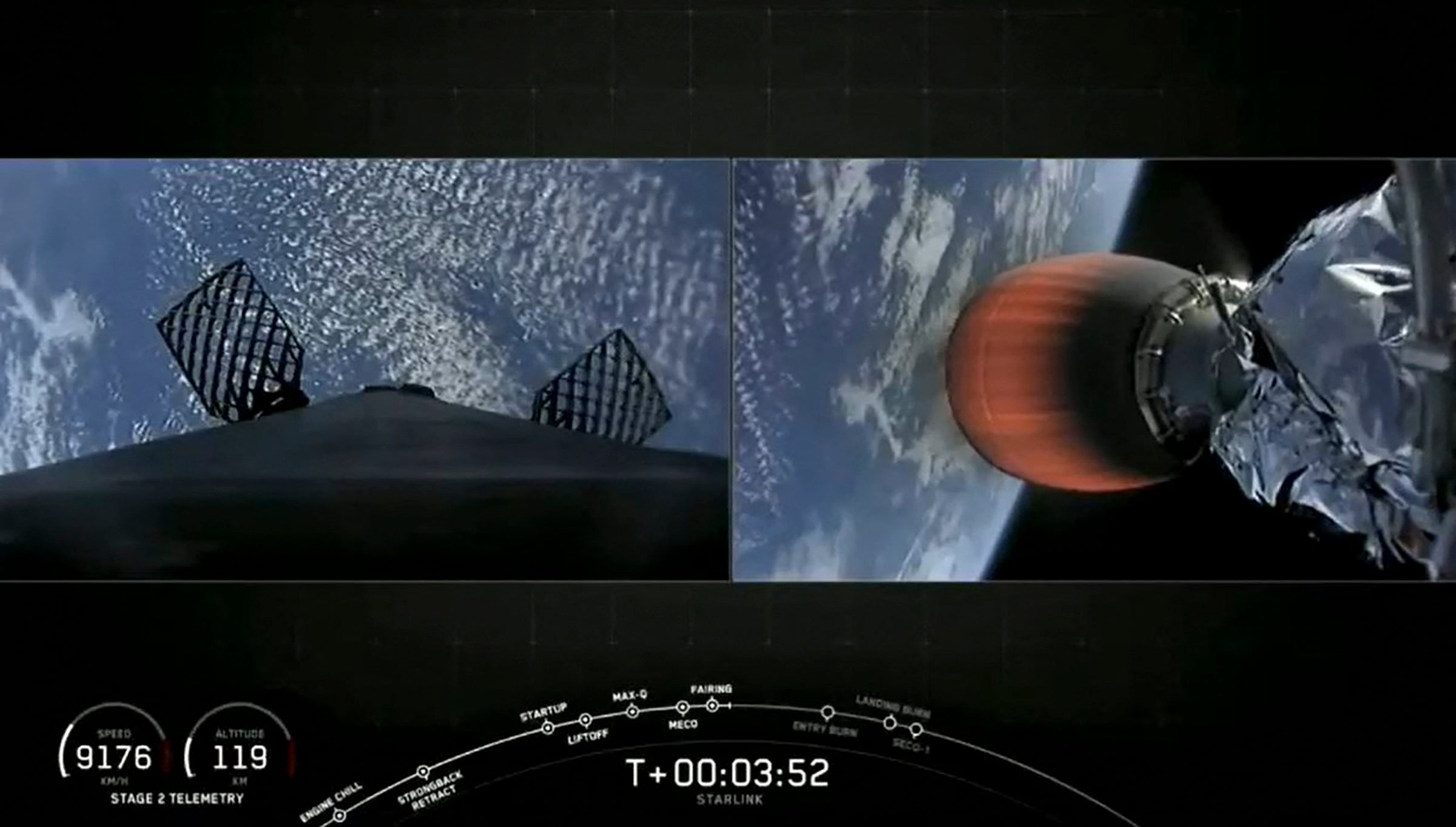 This NASA TV video frame grab shows the SpaceX Falcon 9 fourth Starlink constellation after entry burn, before it separates, after it launched at Cape Canaveral, Florida on January 29, 2020. – The Starlink constellation will increase global internet access.This mission is tasked with sending up the latest batch of internet-beaming satellites for SpaceX, adding on to the roughly 180 satellites the company already has in orbit. (Photo by Handout / NASA TV / AFP)

The NTC announced on Friday the approval of the value-added service (VAS) provider registration of Starlink Internet Services Philippines Inc.

The approval will allow the company to start providing internet services in the country, the NTC said.

“The NTC is steadfast in helping ensure that roll-out of Starlink’s internet access services will be done expeditiously and professionally,” NTC commissioner Gamaliel Cordoba said in a statement.

According to the NTC, Starlink’s registration in the Philippines now allows the company to directly access satellite systems, and build and operate broadband facilities to offer internet services.

“We would like to thank the NTC for issuing Starlink’s VAS license 30 minutes after we submitted our application with complete requirements,” lawyer Bien Marquez, counsel for Starlink’s parent firm SpaceX, said.

“This shows the government’s seriousness in addressing the connectivity needs of our countrymen in unserved and underserved areas. This will also prepare us in the event of natural disasters and calamities,” he added.

The Philippines will be the first country in Southeast Asia to offer Starlink satellite internet service.