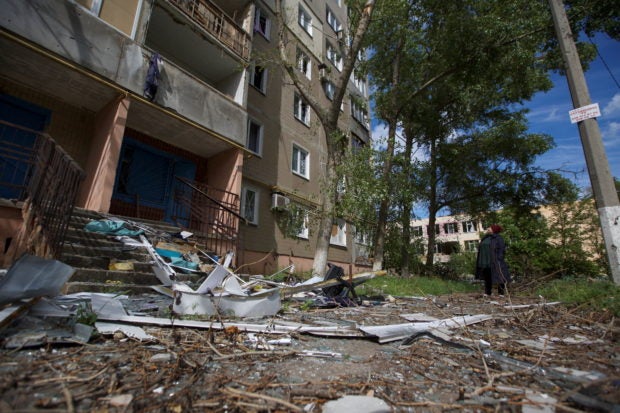 FILE PHOTO: A local woman looks at an apartment building damaged by a Russian military strike, as Russia’s attack on Ukraine continues, in the town of Vuhledar, in Donetsk region, Ukraine May 22, 2022. Picture taken May 22, 2022. REUTERS/Anna Kudriavtseva

The leader of Russian-backed separatists in the breakaway Donetsk region called on Thursday for the military operation in the Donbas region of eastern Ukraine to be accelerated, the RIA Novosti news agency reported.

Denis Pushilin, head of the Donetsk People’s Republic (DPR), said Kyiv had blocked water supplies to key cities in the north of the region and called for military action to be stepped up.