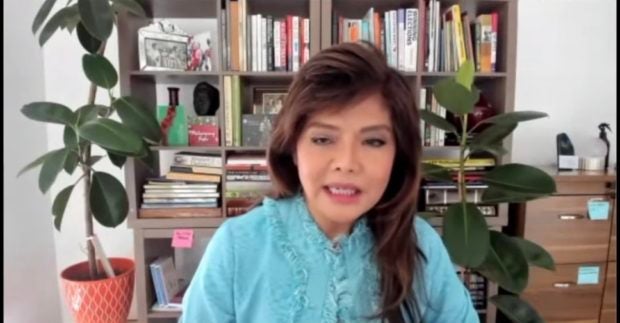 (For the Cabinet members, we are recommending a lot of names coming from different parties. Because the dream ever since—even during my father’s time—is to have a so-called team of rivals.)

(Even if they’re from different sides of the political fence, even if they have different ambitions and parties, if they have one ambition for the country, why not gather the best and brightest?)

The president-elect has so far filled up eight Cabinet positions.

(Of course I won’t jump the gun on the appointees, I’m not part of the transition team. But for me, there are good choices from different parties, who served under different administrations when we were the opposition, even though that’s the case, they are the best.)

Asked whether someone from the Liberal Party would also fit in well in her brother’s Cabinet, Marcos answered in the affirmative.

(There’s a long list, many of them are good and if they still want to serve, why not?)

“Ayoko na mag-name names dahil di naman ako kasama sa (I don’t want to name names because I’m not part of the) appointing team, pero para sa ‘kin (but for me), here are so many who are very, very good still..and I do believe that they can still serve our country in many ways,” she added.

(Many are capable. Others are really close friends and supporters so that should continue.)

The only son and namesake of late former President Ferdinand Marcos Sr. was proclaimed as the country’s next Chief Executive on Thursday.