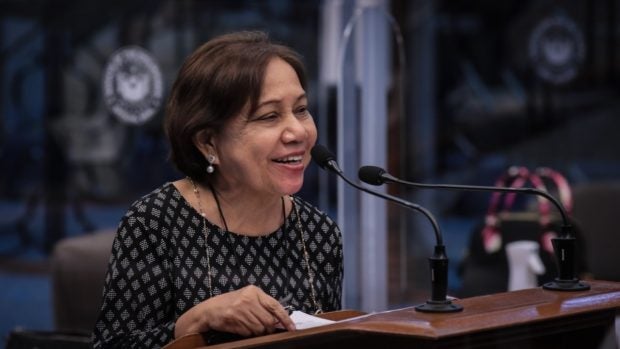 Sen. Cynthia Villar, chair of the CA’s committee on constitutional commissions and offices, deferred the hearing at the request of CA members who were overseeing the congressional canvass for the president and vice president.

The panel was set to tackle the confirmation of the appointments of Rizalina Noval Justol as chair of the COA, replacing Michael Aguinaldo, and Karlo Alexei Nograles, who will take over as chair of the CSC vice Alicia de la Rosa-Bala.

The appointments of Comelec Commissioners Saidamen Pangarungan, George Erwin Garcia, and Aimee Torrefranca-Neri are also up for confirmation.

Pangarungan is set to replace Sheriff Abas as Comelec chair, while Garcia and Torrefranca-Neri are replacing Antonio Kho and Rowena Guanzon, respectively.

No date was announced for the resumption of the confirmation hearings.

Both houses of Congress will remain in session until June 3 when it adjourns and ends the 18th Congress.

The 19th Congress is supposed to convene for its first regular session on the fourth Monday of July (July 25) when president-elect Ferdinand Marcos Jr. makes his first State of the Nation Address.