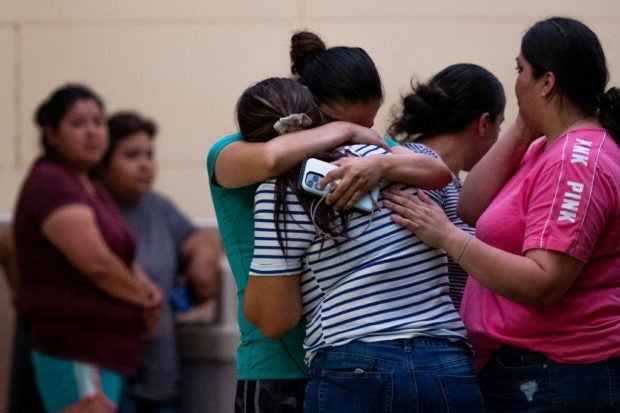 The 18-year-old, who died when police tried to arrest him, was a US citizen and a student in Uvalde, a small community near the Mexican border where the tragedy took place.

A mugshot of Ramos that circulated in local media showed a young man with brown hair, looking in front of him with an expressionless gaze.

“The first incident was at their grandmother’s residence where he shot the grandmother,” said Erick Estrada of the Texas Department of Public Safety, adding she was later airlifted to a medical facility.

A 66-year-old woman was admitted to a hospital in San Antonio in critical condition following the shooting, according to healthcare officials, who did not provide any further details.

After firing at his grandmother, Ramos fled the scene in a car wearing a bulletproof vest and armed with a rifle, Estrada said.

He then crashed near a ditch outside Robb Elementary School, got out, and headed for the school, where law enforcement officers tried, but failed, to stop him.

“And then from there, that’s when he went on and entered several classrooms and started shooting his firearm,” Estrada said on CNN.

Thursday was meant to be the last day of the school year for the 500 students at Robb Elementary, who are aged five to 11 and mostly Hispanic.

Estrada said no car chases had been reported in the area, suggesting that the traffic accident was unprovoked.

Investigators were working to obtain “detailed background information on the subject, his motive, the types of weapons used, the legal authority to possess them, and conduct a comprehensive crime-scene investigation and reconstruction,” Abbot said.

It is unclear whether Ramos had previous run-ins with law enforcement, according to Estrada.

An Instagram account associated with the suspect, which has since been taken down, showed several photos of the young man.

In two black and white selfies he is wearing what looks like a hoodie, with his hair down to his shoulders.

Other photos showed a magazine and semi-automatic rifles.