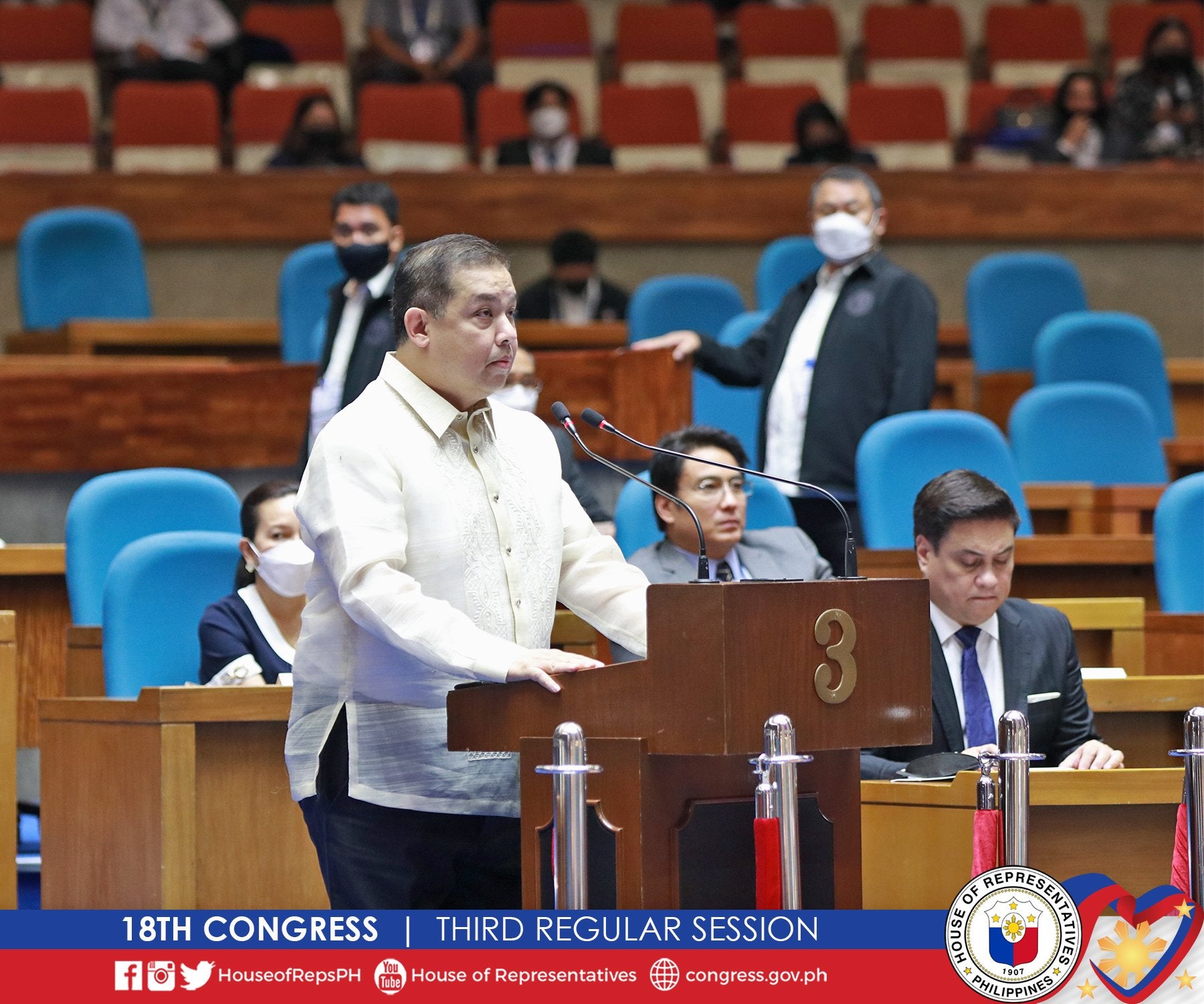 CONGRESS CONVENES AS NATIONAL BOARD OF CANVASSERS FOR PRESIDENT, VP; CREATES JOINT COMMITTEE TO COUNT VOTES /HOUSE OF REPRESENTATIVES OF THE PHILIPPINES FACEBOOK PAGE

MANILA, Philippines — House Majority Leader and Leyte 1st District Rep. Martin G. Romualdez assured on Tuesday that Congress, acting as the National Board of Canvassers (NBOC), will “uphold the integrity of the electoral process.”

Romualdez gave this assurance even as the House of Representatives and Senate began the canvassing of votes cast for the positions of president and vice president during the May 9 elections.

“As we carry out our duty as enshrined in the Constitution, rest assured that we will uphold the integrity of the electoral process. We shall ensure that the voices of our fellow Filipinos, both here and abroad, as expressed through their ballots are reflected and upheld,” Romualdez said in his preliminary remarks.

Romualdez was officially named chairman of the House contingent of the NBOC on Tuesday morning.

Once begun, the canvassing of votes cast by eligible Filipinos will continue on a 24-hour basis until the winners of the presidential and vice presidential race are proclaimed.

The actual canvassing will take place at the plenary hall of the House of Representatives.

That same morning, during the Joint Public Session of Congress that was led by Senate President Vicente “Tito” Sotto III and Speaker Lord Allan Velasco, the preliminary activities of the canvassing were carried out.

This mainly covered the opening of ballot boxes containing the certificates of canvass (COCs) from the overseas absentee voting (OAV), which was held a few days ahead of the May 9 polls.

The first ballot box opened had the marking “002”. It came from Phnom Penh, Cambodia.

Other ballot boxes used during the OAV were opened.

“We shall now begin performing the paramount task of canvassing the votes in the 2022 national elections for the two highest elective positions in our country: the president and the vice president,” Romualdez said.

“I join our fellow citizens in praying that the sovereign will of the Filipino people shall prevail, and that our cherished right to choose the next leaders of our country is a true reflection of the vibrant democracy enjoyed by us all.”

The canvassing is the last important task of the outgoing 18th Congress.

Read Next
DOH targets COVID-19 vaccination of 1.5M kids in Calabarzon
EDITORS' PICK
High inflation: Your P1 is now worth only 87 centavos
UK’s Boris Johnson will resign, BBC reports
Geek out at TOYCON 2022 powered by Smart Signature
House energy committee chair Arroyo bats for cheap electricity
High-risk pregnancy: Reducing your risk is in your hands
Unemployment rate up to 6% in May
MOST READ
Suspect in grisly killing of missing woman in Bulacan arrested
Hong Kong suspends flight bans as it eases COVID-19 rules
Kim Atienza’s daughter flaunts bikini body in response to critics of her ‘revealing photos’
Cop slain in Isabela ambush
Don't miss out on the latest news and information.