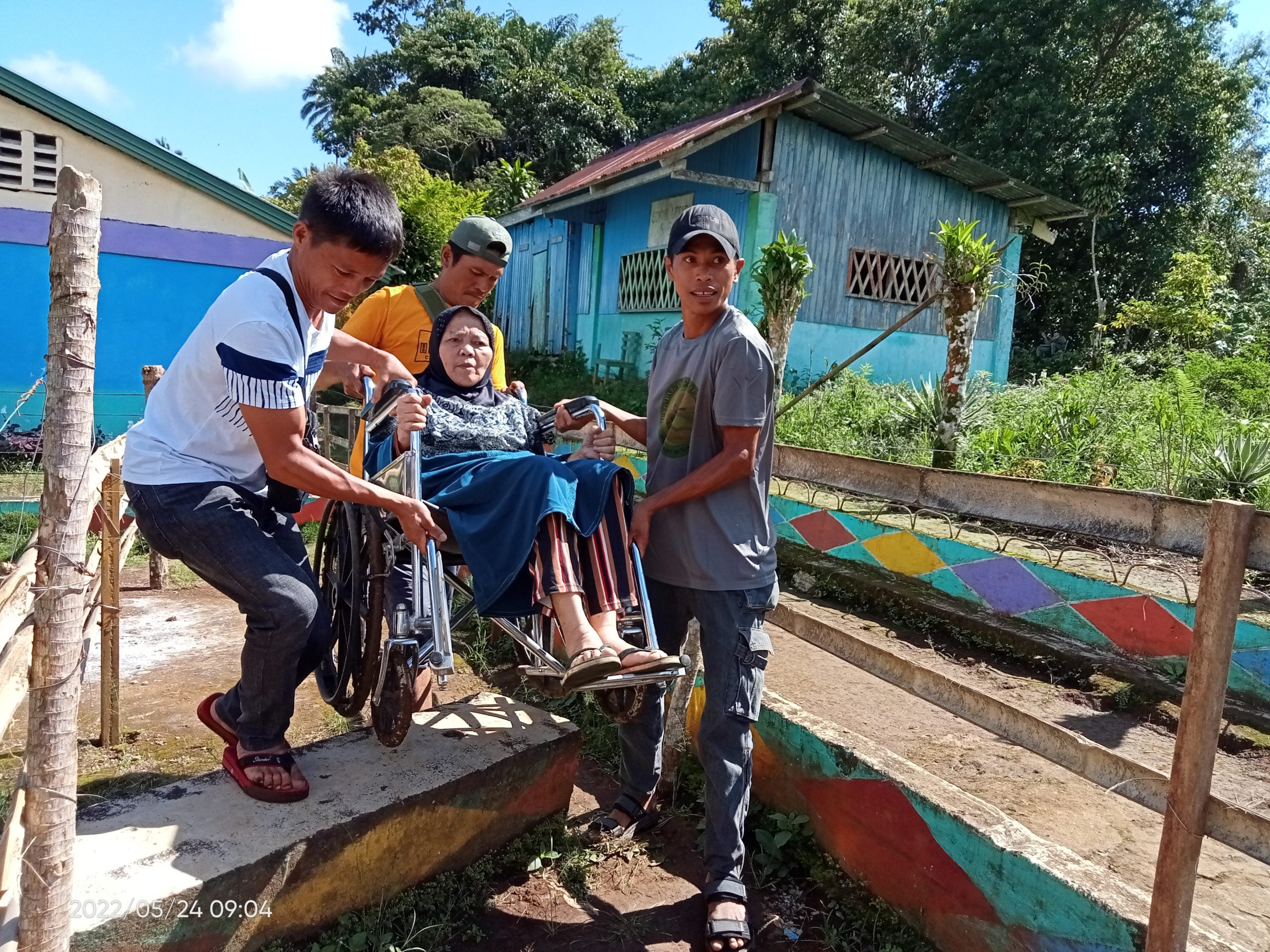 A person with disability (PWD) on a wheelchair is carried by relatives going to a polling precinct in Barangay Buribid, Tubaran, Lanao del Sur during the special elections on May 24. (Divina M. Suson)

TUBARAN, LANAO DEL SUR — Two helicopters hovered over this town at around 7 a.m. on Tuesday as people lined up for ballots in three voting centers in a special election two weeks after the regular one last May 9.

Joining the choppers were Super Tucano planes in what Brig. Gen. Jose Maria Cuerpo II, commander of the Army’s 103rd Brigade, said were “persuasion flights” aimed at deterring any plans for violence by lawless groups to disrupt the exercise.

Cuerpo revealed that they were prepared to quell possible sabotage operations by terrorist groups from nearby Maguing or Butig towns.

“We strengthened the security to preempt the evil plans of the terrorist group. We want to keep the peace so that the voters can vote without fear and coercion,” Cuerpo said.

Some 6,921 voters in 12 of the town’s 24 villages were slated to cast their votes as the Commission on Elections (Comelec) declared a failure of balloting on May 9. 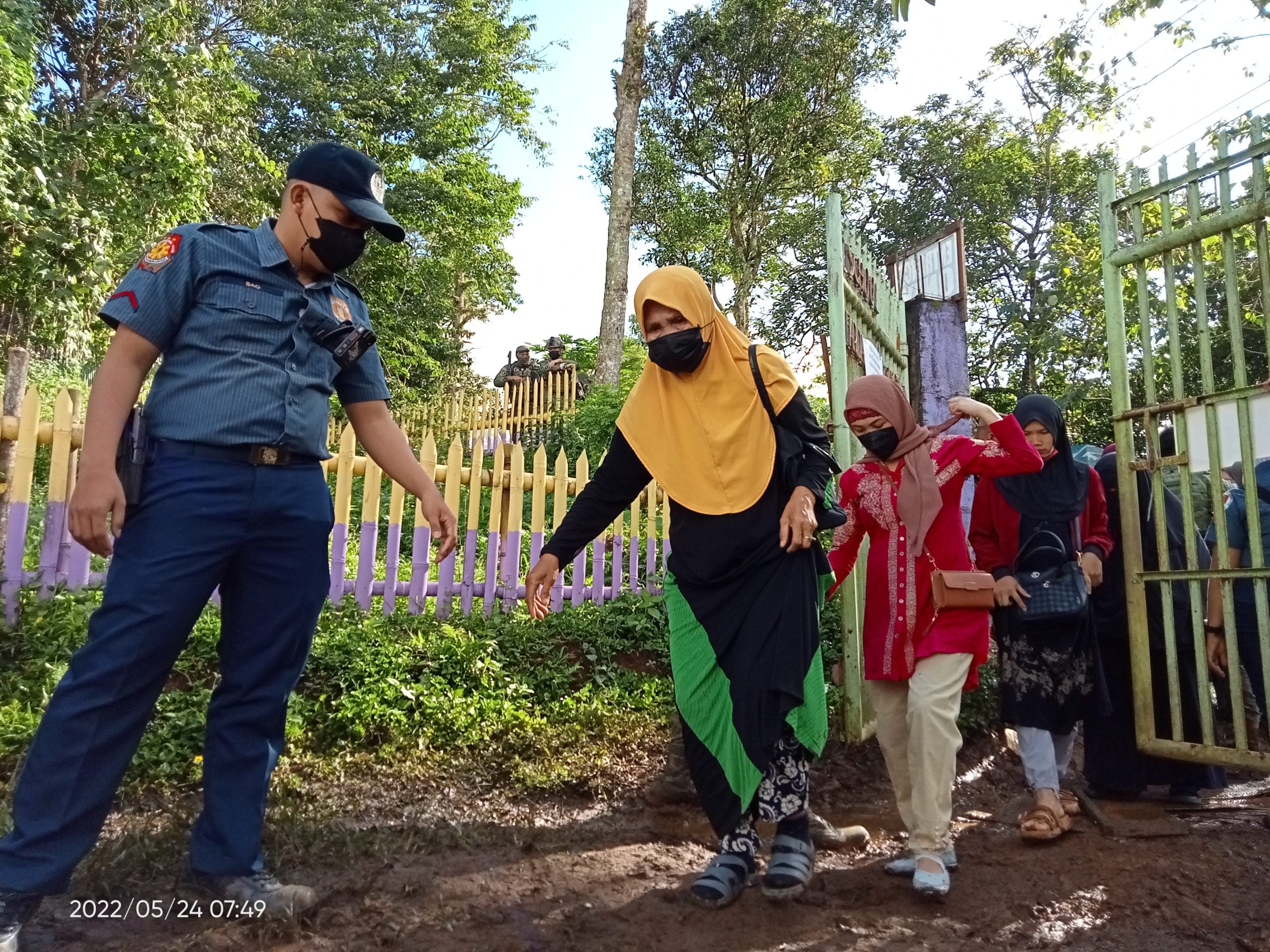 A policeman assists a Maranao woman voter during the conduct of special elections in Tubaran, Lanao del Sur, May 24. (Divina M. Suson)

On that day, supporters of reelectionist Mayor Yassin Papandayan formed a human barricade to prevent the transport of election materials to protest the sudden re-clustering of polling precincts even without the approval of the Comelec en banc.

Papandayan’s camp was worried that many of his supporters would not be able to vote had the voting centers were located in areas where they have standing family feuds.

But on Tuesday, the old clustering setup was followed and the balloting went on peacefully and orderly amid tight security watch in the polling precincts. Police personnel served as members of the electoral boards.

As of 4pm, some 3,848 voters have cast their votes, per report from the Special Elections Monitoring Team jointly ran by police and soldiers.