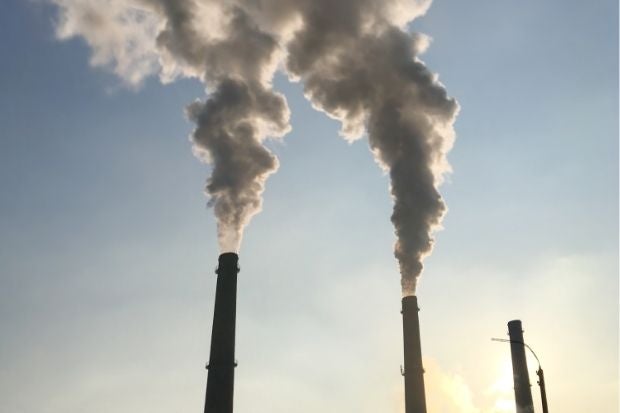 MANILA, Philippines — Countries that fail to reduce their carbon emissions as they had promised should be sanctioned, President Rodrigo Duterte said on Monday in his weekly taped “Talk to the People” briefing.

“Unless the industrialized countries would really help with all their might and commit to reduce the carbon emissions, we cannot do anything about it. Unless they come to their senses, they cannot expect the smaller nations with the least emissions to be forced [to follow] because they themselves refused to do so,” Duterte said, speaking in a mix of English and Filipino.

“That is really what’s wrong — unless they come up with sanctions. Unless there are sanctions, it’s quite hard [for smaller countries] to follow,” Duterte added.

The president said the Philippines and other smaller countries would be the ones to suffer from the impact of climate change,  usually in the form of natural disasters like typhoons.

“They should participate — and participate with all their commitment really to do their thing. Without sanctions, what the rich ones, the industrialized countries, do is they just pay lip service — nothing more,” Duterte said.

For his part, Secretary Robert Borje of the Climate Change Commission said the Philippine delegation would do its part to call for accountability of developed nations “for what it has done and what it needs to do” in terms of climate change.

“What we need is action, not just commitment,” Borje said in the briefing with the president.

Duterte then said he planned to go to the next climate change meeting or convention so that he himself could “lecture” the developed nations and voice out the woes of smaller nations.

He also asked Borje if he could “raise hell in the next meeting.”

And Borje responded: “We will do everything that we can, given your mandate to us, not just the clarion call but to give all our stakeholders and should be partners a realization that this cannot happen any further.”

“If could only transfer the storms and give them to America and also Europe,” Duterte said.  The problem is we can’t do anything. It is really the poor guy that really suffers.”

Duterte also pointed out that richer nations, “as an atonement,” should give aid to poorer nations during a calamity.