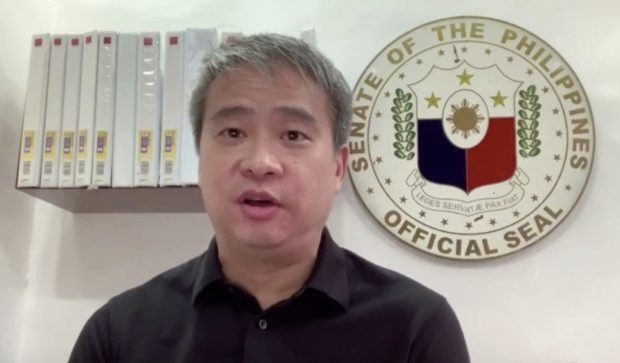 MANILA, Philippines — The bill seeking to increase the monthly pension allowance of senior citizens from P500 to P1,000 has now reached the Senate floor just as Congress resumed session.

Sen. Joel Villanueva, chair of the Senate subcommittee under the committee on Social Justice, Welfare, and Rural Development, endorsed for plenary approval Senate Bill No. 2506 during Monday’s session.

In his speech, Villanueva said that the current P500 monthly pension allowance for senior citizens is “not enough” to sustain the daily needs and other medical needs of indigent senior citizens.

“The pandemic highlighted the need to increase the monthly stipend of indigent senior citizens. Five hundred pesos is really very small especially if we take into account the increase of prices over the past decade,” he said.

The measure also provides options other than cash payout for the pension, the transaction fee of which will not be charged to the beneficiary, Villanueva added.

The bill also transfers the distribution of the pension allowance from the Department of Social Welfare and Development to the National Commission of Senior Citizens.

In her manifestation, Senator Risa Hontiveros said she hopes the Senate will pass the bill before the 18th Congress adjourns sine die in less than two weeks.

“In a country where poverty makes growing old an added challenge, universal social pension will not only provide much needed financial assistance for them but would also enable an increase in household spending and consumption, and which in turn can help drive local economies,” she said.

(I believe that the welfare of the eldery is in the hearts of our senators and we want to give them their due recognition in their continued contribution to our families and society.)