P120,000 worth of dried marijuana leaves found off Cagayan 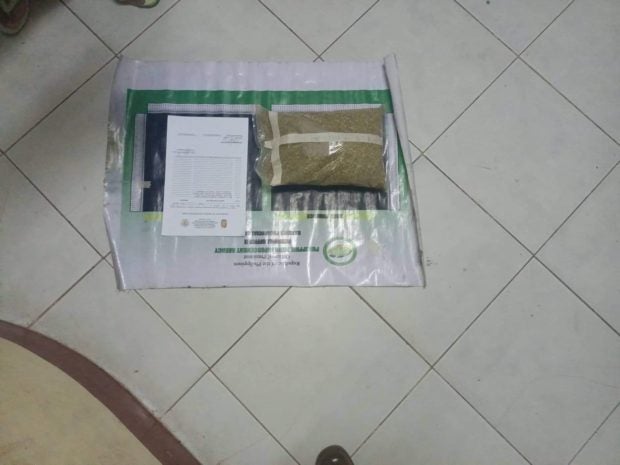 This photo shows a package containing dried marijuana leaves worth P120,000 that was found in the waters off the boundary of Aparri and Buguey towns in Cagayan province on Sunday, May 22, 2022. (Photo courtesy of PNP-Aparri)

TUGUEGARAO CITY — Fishermen found a floating plastic package containing dried marijuana leaves worth P120,000 in the waters off the towns of Buguey and Aparri in Cagayan province on Sunday, May 22, police said.

Capt. Isabelita Gano, Cagayan provincial police spokesperson, said the package was turned over to village chief Erwin Lobas of Barangay Sanja in Aparri and was later handed over to the local police.

On March 20, police also recovered P17-million worth of cocaine in the same village. The contraband was later turned over to the police. INQ

P17M worth of ‘cocaine’ found in waters off Cagayan

P30M worth of cocaine found off Cagayan