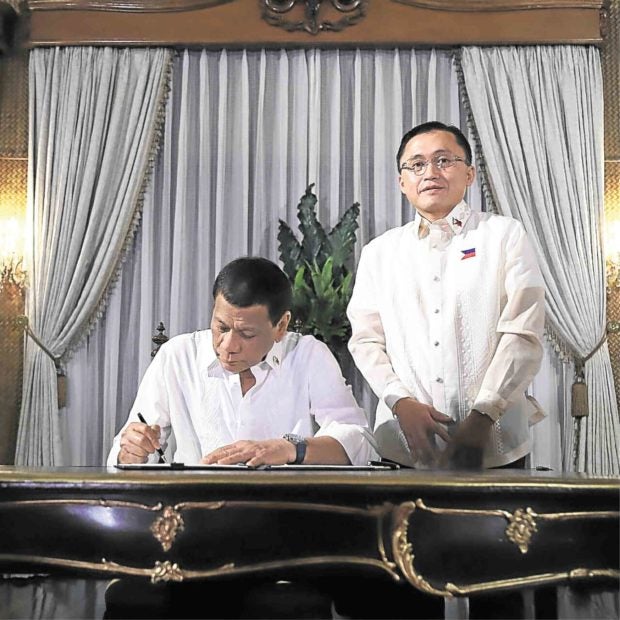 MANILA, Philippines — In his last months prior to stepping down from office, outgoing President Rodrigo Duterte has signed five new laws that renamed some schools and established offices of the Maritime Industry Authority.

Duterte signed the following laws on April 29, but was only released to the media on Monday: