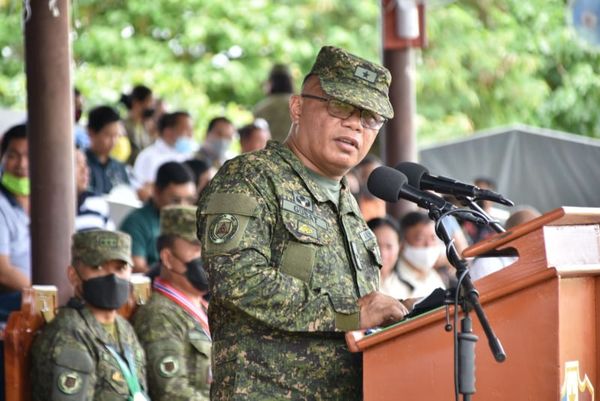 Brig. Gen. Eduardo Gubat, acting commanding general of the 6th Infantry Division (ID), confirmed that the airstrikes were carried out at about 7 a.m. Monday during their surgical operations in the marshland of Datu Salibo.

No casualty was reported yet as military operations continued, Gubat said.

Gubat, the 6th ID officer-in-charge after division commander Maj. Gen. Juvymax Uy retired on Saturday, May 21, said he felt the terrorist group blamed for the rash of bombings in mainland Mindanao was a way “to welcome me.”

DI leader Abu Torayfe is believed to be the new “emir” in Mindanao.

After ground troops confirmed the group of Torayfe was massing in the wetlands of Datu Salibo, airstrikes and artillery attacks were immediately launched.

“This target of our surgical operation is a local terrorist group led by Abu Torayfe,” Gubat told reporters in a brief phone interview.

Two FA-50 bomber planes and two MG-520 attack helicopters took turns pounding the area with rockets and bombs. “Our ground troops are there as I speak,” Gubat said.

Artillery attacks from 105 howitzers had been ongoing, although sporadically, residents of Datu Salibo told reporters.

In 2017, police reported that the Islamic State-influenced Abu Torayfe was injured and eventually died after a joint military and police operation in Maguindanao’s second district.

Torayfe was blamed for the series of bombings in Maguindanao, Cotabato, and South Cotabato, targeting government forces and civilians.