MANILA, Philippines — The Philippine Historical Association (PHA) on Sunday urged historians to help in combating the distortion of historical narrative through scholarly discourse both in academic and public spaces.

Dr. Ma. Luisa Camagay, PHA president and a professor emeritus at the University of the Philippines Diliman, in a video statement said that the “reckless” exercise of free speech resulted in the “toxic mixture” of disinformation with established historical facts.

“Such distortion of the historical narrative, particularly when made for partisan ends, impinges on society’s moral fabric and cultural identity. This made Filipinos turn against each other and permit what was once intolerable,” she said.

To deal with the “steady rise” of disinformation campaigns, especially on social media, Camagay said conferences, fora, multimedia, and scholarly works must be done in academic and public spaces.

“While interpretations of what came before may vary given one’s perspective, such opinions must be founded on what actually happened based on research as can be discerned from historical sources,” she said.

PHA, a professional association of historians in the country, was founded on Sept. 18, 1955, by a group of well-known historians in Manila including Encarnacion Alzona, Gabriel Fabella, Gregorio Zaide, Nicolas Zafra, Celedonio Resurreccion, Teodoro Agoncillo, and Esteban de Ocampo.

The group called on other historians and the public to be vigilant in the distortion of facts as it pledged to advocate critical thinking by advancing public history and denouncing any forms of historical distortion and denial. 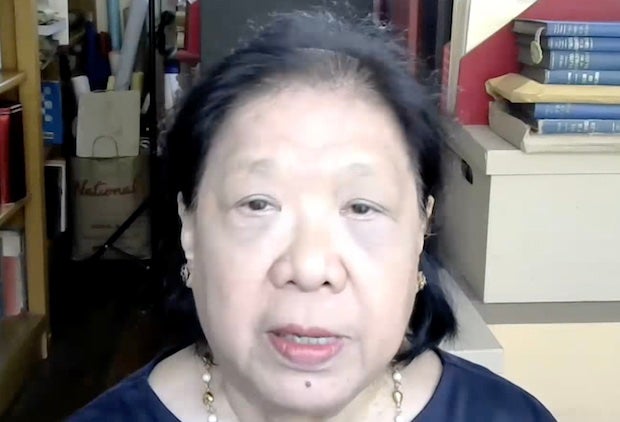 Dr. Ma. Luisa Camagay, president of the Philippine Historical Association. (Photo from a video posted on the PHA Facebook page)