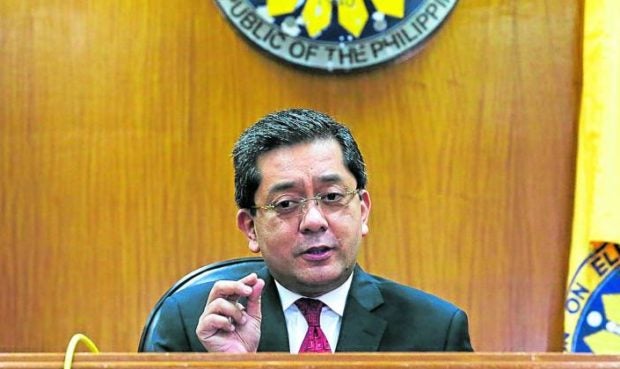 Garcia stressed that their investigation on the matter is still preliminary. Hence, the names or companies that are mentioned are presumed innocent and have no liability.

(They were asked to explain. Our Director Hernan of the Administrative Services Department is already working on the matter.)

(We want to know if they were the ones who picked up the documents and left it there.)

A video and photos of election documents dumped in a vacant lot have made rounds on social media.

These were forwarded to me by a friend, was taken in a vacant lot sa Amadeo, Cavite. Eventually, allegedly F2 logistics…

According to Garcia, the ballots seen in the video and photos are just training ballots from Tondo and not the official ones used in the May 9 elections.

(We had an initial investigation. We also called our election officer here in Manila… and he said that these are not original ballots.)

(These are training ballots — meaning the ballots used when we were training and at the same time, during final testing and sealing — and other documents.)

F2 Logistics is Comelec’s partner in transporting ballots, vote-counting machines, and other supplies for the 2022 elections.