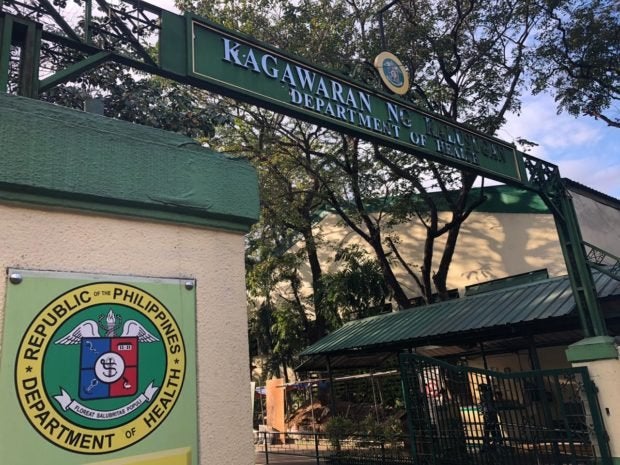 MANILA, Philippines — The Department of Health (DOH) has assured the public that no case of monkeypox, a viral disease that has been observed in other countries, has been detected within the Philippines or in its territorial borders.

In a statement on Friday, the DOH said that despite the absence of monkeypox, the department has already intensified the screening to avoid the entry of the disease into the country.

“In the interest of protecting the general public from both diseases and misinformation, the Department of Health provides this advisory about the recent cases of monkeypox found in European countries, the United States, Canada, and the United Kingdom.  To date, monkeypox has not been detected within the Philippines or at its borders,” the department said.

“DOH is intensifying screening at our borders and ensuring that surveillance systems are actively monitoring the situation,” it added.

DOH’s clarification comes as monkeypox outbreaks were recorded in Europe and North America, along with recent reports in Australia and Canada.  The disease, which is said to be endemic in Africa, is feared to be spreading across Europe and is being transmitted by travelers.

Monkeypox, the United States (US) Center for Disease Control (CDC) said, is characterized by a chickenpox-like rash or sores over an infected patient’s skin.  It can be spread by anyone regardless of sexual orientation, through contact with body fluids, sores, or shared items that are contaminated.

CDC said that the disease starts off with flu-like symptoms such as fever, muscle pain, swollen lymph nodes, and the chickenpox-like rash.  Luckily, household disinfectants can kill the virus on surfaces.

“According to the World Health Organization (WHO), monkeypox is a viral disease coming from animals, that occurs primarily in tropical rainforests of Central and West Africa and is occasionally exported to other regions.  Symptoms may include fever, rash, swollen lymph nodes, which may lead to a range of medical complications,” DOH said.

“The monkeypox virus is transmitted to humans through close contact (wounds, body fluids, respiratory droplets) with an infected person or animal, or with contaminated materials.  While monkeypox may look like smallpox, it is less contagious and causes less severe illness,” it added.

DOH also assured the public that the health protocols placed for COVID-19 are already enough to mitigate the risk of monkeypox outbreaks.

Your subscription could not be saved. Please try again.
Your subscription has been successful.
Read Next
Dengue cases in Negros Occidental rise in 2022
EDITORS' PICK
Omega Speedmaster super racing: Tiny device massive change
Fuel price rollback expected on Feb 7
House energy committee chair Arroyo bats for cheap electricity
Philippine-United States alliance ‘rock solid’ — DFA
Makabayan bloc blasts bid to expand US access to more military bases in PH
vivo Philippines offers a free bouquet of flowers and a premium necklace perfect for Valentine’s Day
MOST READ
Vice Ganda gets called out for ‘unfair treatment’ of ‘It’s Showtime’ co-host Karylle
Fuel price rollback expected on Feb 7
Kris Aquino gets ‘renewed confidence’ after consultation with new doctor: ‘I have a strong chance of getting better’
Pokwang tells self amid revelations on past relationship: ‘Bangon, nanay ka’
Don't miss out on the latest news and information.