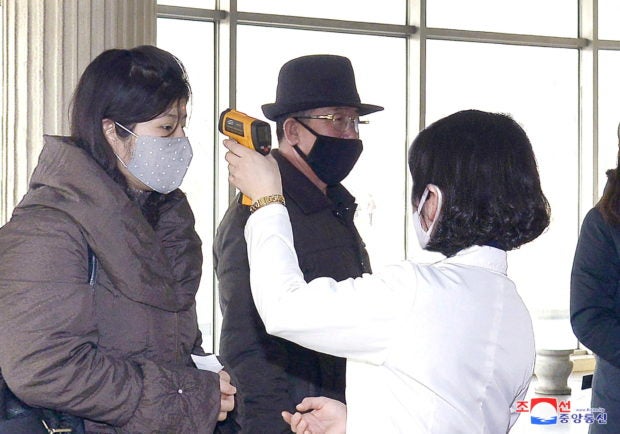 SEOUL — North Korea said on Friday it was achieving “good results” in its fight against its first confirmed COVID-19 outbreak, as the number of people with fever symptoms rose past 2 million.

A wave of COVID infections, which North Korea first confirmed last week, has fanned worry about a lack of medical resources and vaccines in the isolated country heavily sanctioned for its nuclear weapons program.

North Korea has not responded to offers from its old enemies, South Korea and the United States, to send help, a South Korean official said.

South Korea’s new president, Yoon Suk-yeol, and U.S. President Joe Biden, due to arrive in South Korea on a visit later on Friday, are expected to discuss help.

North Korea reported 263,370 more people with fever symptoms, and two more deaths, taking its total fever caseload since late April to 2.24 million as of Thursday evening, including 65 deaths, according to its KCNA state news agency.

North Korea lacks COVID testing capacity and it has not specified how many of those people with fever have been confirmed to have contracted COVID.

Despite the caseload, the North has said farming continues and factories are working. It is also planning a state funeral for a retired general.

“Even under the maximum emergency epidemic prevention situation, normal production is kept at key industrial sectors and large-scale construction projects are propelled without let-up,” KCNA reported.

“Good results are reported steadily in the ongoing anti-epidemic war,” it said.

The U.N. human rights agency has warned of the “devastating” consequences of COVID for North Korea’s 25 million people, while World Health Organization officials worry an unchecked spread could lead to the emergence of deadlier new variants.

But North Korea said on Wednesday its outbreak was taking a “favorable turn”.

Officials in South Korea say it is hard to draw conclusions, partly because it is not clear how North Korea is calculating the number of fever and COVID patients.

Cases of fever reported by the government have declined in the capital, Pyongyang, but risen in rural provinces.

But Martyn Williams, a researcher at the U.S.-based 38 North monitoring group, said North Korea’s figures were unlikely to give an accurate account of what is going on, either through error or deliberate manipulation.

“I doubt they represent the exact picture,” he said on Twitter.

South Korea and the United States have both offered to help North Korea fight the virus, including sending aid, but have not had a response, South Korea’s deputy national security adviser said.

But the allies, who North Korea denounces as its main enemies as it justifies its development of nuclear weapons and missiles, would likely be North Korea’s last resort in seeking help, said South Korean legislators who were briefed by its main security agency on Thursday.

“South Korea and the United States are continuing consultations on providing humanitarian assistance, especially over COVID-19, to the North,” Park said.