Japan says to double fiscal support for Ukraine to $600 million 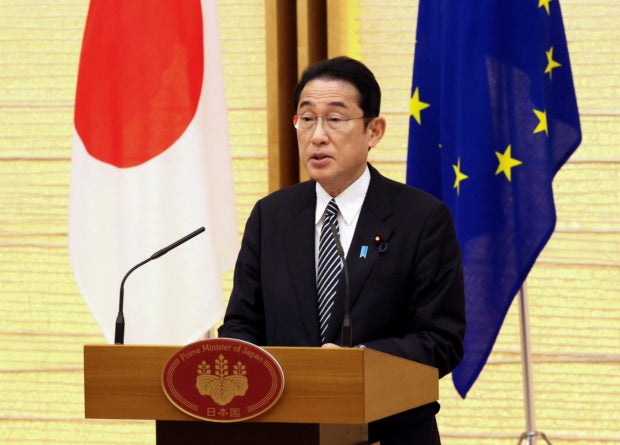 TOKYO — Japan will double fiscal aid for Ukraine to $600 million in a coordinated move with the World Bank to back the country’s near-term fiscal necessities damaged by Russia’s invasion, Prime Minister Fumio Kishida told reporters on Thursday.

“Our country stands with Ukraine,” Kishida said, adding Japan will emphasise its fundamental stance to provide strong support to Ukraine with other nations in next week’s U.S.-Japan summit and broader Quad group meeting with Australia and India.

Japan, a member of the Group of Seven (G7) industrialized nations, had previously announced $300 million in loans to Ukraine in April.

Japan has also joined other G7 countries and allies in sanctioning Russia for what Moscow calls a special military operation in Ukraine, by freezing assets as well as banning certain export and import items, including energy resources.