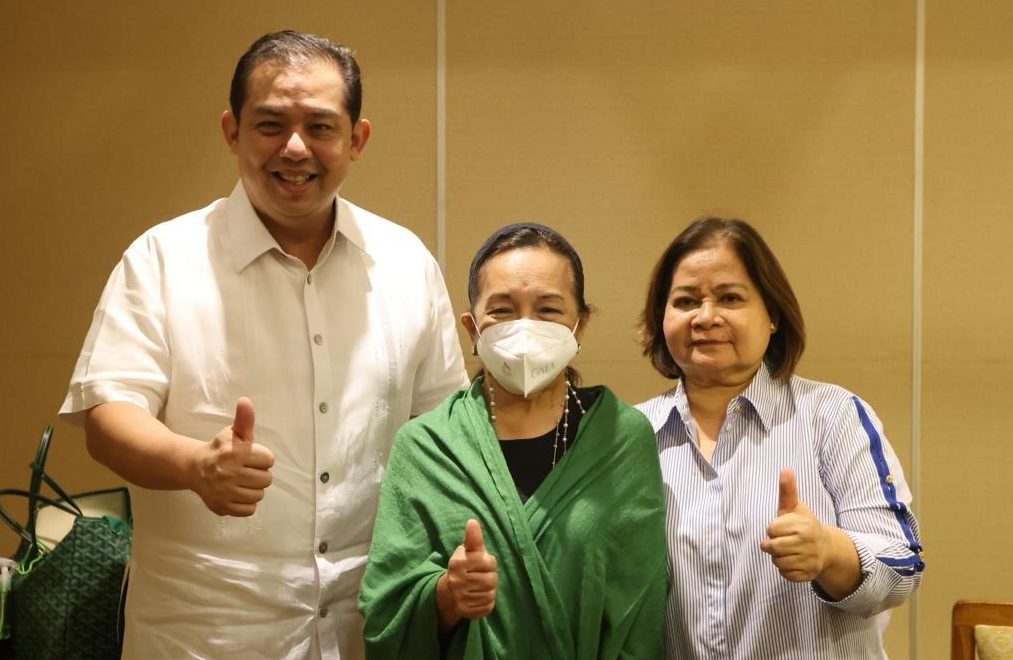 The two met in a San Juan City restaurant on Wednesday to discuss challenges Congress and the nation in general would face in the years ahead.

Romualdez thanked the returning Pampanga represenntative for her “words of support and encouragement.”

“Thank you ma’am. Coming from our President Emeritus in Lakas-CMD, it means a lot to me,” said Romualdez, who is also Lakas-CMD president.

Romualdez said he was counting on the former president for advice in leading the House of Representatives.

“Majority Leader Martin Romualdez and I have been working together for decades in a joint effort to do our best to serve the Filipino people. Since 2010, our partnership involved our service as fellow members of the House of Representatives,” said Arroyo in a statement to the media last Saturday.

“I will be returning to the House on June 30, 2022. I would therefore like to advise the members of the Lakas-CMD that I am throwing my support for Majority Leader Martin Romualdez to be elected as House Speaker in the next Congress. I urge all members of our party to do the same.”

Arroyo also served as Speaker in the previous 17th Congress.