BUT THE TWO ASK FOR MORE TIME TO CONFER WITH THEIR RESPECTIVE FAMILIES, FRIENDS
By: Daphne Galvez - Reporter / @DYGalvezINQ
INQUIRER.net / 06:27 PM May 17, 2022 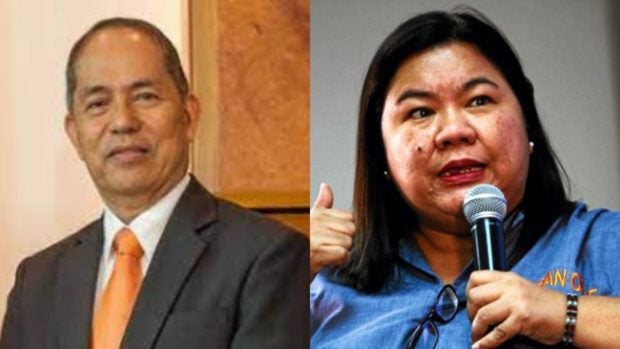 His spokesman Vic Rodriguez said Marcos is eyeing Laguesma as his Secretary of the Department of Labor and Employment while he is courting Ople to lead the newly created Department of Migrant Workers.

Rodriguez said Marcos met and talked with the two before going on his “private” trip to Australia for a “much-needed rest and vacation.”

(They are respected people in the labor and employment sector whom Marcos has talked to and asked whether they would want to serve under his administration.)

While Laguesma and Ople were “honored” and received the invitations “very warmly,” Rodriguez said the Marcos camp finds it challenging to convince them to serve the government.

(They are asking for some time for them to consult and talk to their loved ones and friends to ask for their advice.)

Rodriguez further admitted that it has been challenging for them to fill Marcos’ Cabinet, especially his economic team, because it was hard to convince them to “leave the private sector.”

(The big challenge here is convincing them to make the sacrifice in going into government. They are well-known in their fields and are doing well in the private sector. They are not used to being under a microscope and being scrutinized.)

“It’s not that they do not want to serve the country, it’s not that they are not willing to make this meaningful sacrifices. Kailangan lang nila ihanda, bukod sa kanilang sarili, higit sa lahat siguro ay ‘yung kanilang mga pamilya,” Rodriguez added.

(They just have to prepare themselves and their families.)