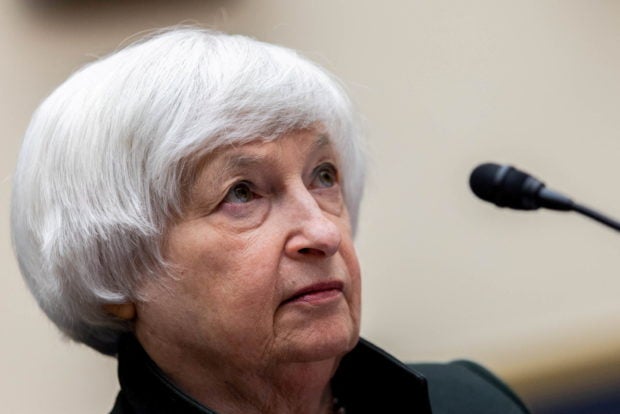 WARSAW — U.S. Treasury Secretary Janet Yellen on Monday drew parallels between the financial pressure that the United States and its allies are imposing on Russia to the efforts of a 1940s Treasury secretary to deny financial resources to Nazi Germany.

Yellen, speaking at the POLIN Museum of the History of Polish Jews in Warsaw, said that in 1940 then-Treasury secretary Henry Morgenthau persuaded then-President Franklin D. Roosevelt to sign executive orders to freeze assets of Denmark and Norway despite U.S. neutrality at the time.

This denied the Nazis the ability to plunder the overseas wealth of countries they invaded.

Morgenthau also persuaded Roosevelt to set up the War Refugee Board, which helped rescue Jews from Nazi-occupied territories.

She said the lessons from those efforts, along with the efforts of Polish Jews in the face of unthinkable oppression to put up resistance to the Nazis, offer lessons for pushing back against Russia’s war against Ukraine, she said.

“We must use the tools at our disposal to fight oppression. And that lesson must be applied today,” Yellen said.

The United States and its allies have imposed unprecedented levels of financial sanctions against Moscow over its Ukraine war, including freezing hundreds of billions of dollars in Russian central bank foreign currency assets.

“We are firm in our resolve to hold Russia accountable and to strengthen the hand of the Ukrainian people at every turn,” Yellen said, adding that the legacy of confronting evil was at “the core of the Treasury Department.”

Yellen’s visit to the museum came during her first substantive visit to Poland, where her grandfather was born in the eastern town of Sokolow Podlaski. Yellen was born and raised in a Jewish family in New York City’s borough of Brooklyn, but said many of her relatives in Poland were murdered during the Holocaust.