Taiwanese man yields P3M worth of ketamine in Clark 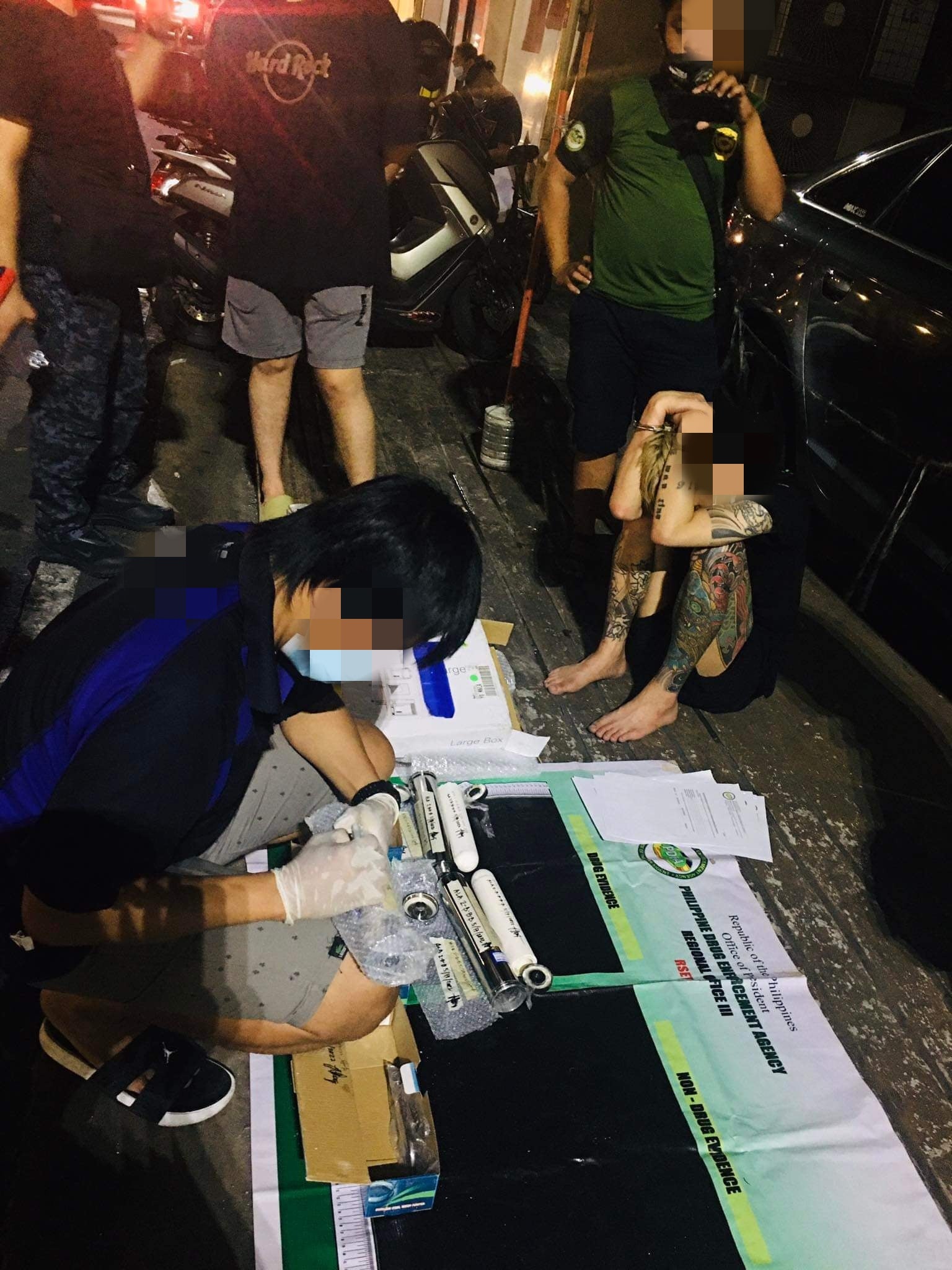 Philippine Drug Enforcement Agency-Region 3 operatives inspect the ketamine found inside a package that arrived at the Port of Clark. Also in the photo is the Taiwanese man who accepted the package during an entrapment operation. | PHOTO: PDEA-3

MABALACAT CITY, Pampanga––Government operatives on Tuesday arrested a Taiwanese man in Makati City, for accepting a package from Taiwan that contained P3,000,000 worth of ketamine that arrived at Clark Freeport in this province five days ago.

Operatives from the PDEA-3 and the Bureau of Customs-Port of Clark, in cooperation with the South Police District and Makati Police, conducted the “controlled delivery” operation against the Taiwanese suspect of importing the dangerous drug.

“Ketamine is a dangerous drug classified as a hallucinogenic.” It can sedate, incapacitate, and cause short-term memory loss, and because of this, some people use it as a “date-rape drug,” the PDEA-3 said.

Ketamine is a regulated drug used by medical doctors and veterinarians as an anesthetic but is sold illegally to people who want to “get high,” particularly at parties.

PDEA-3 said the Clark Customs inspectors found the 600 grams of the dangerous drug inside a box declared as containing an air purifier that arrived at the free port on May 12.

The suspect faces charges for alleged violations of the Comprehensive Dangerous Drugs Act of 2002.