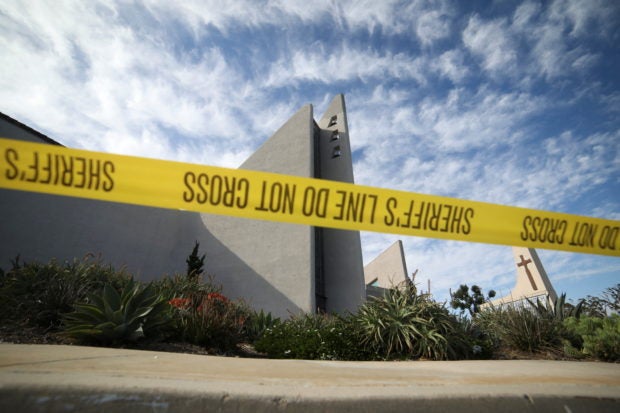 The Geneva Presbyterian Church is seen after a deadly shooting, in Laguna Woods, California, U.S. May 15, 2022. REUTERS/David Swanson

The man who killed a doctor and injured five others at a California Taiwanese church shooting at the weekend was a U.S. citizen born in China who hated Taiwan and drove from Las Vegas heavily armed for the attack, officials said on Monday.

The suspect, David Chou, 68, chained the doors and placed glue in the locks at Geneva Presbyterian Church in the city of Laguna Woods before opening fire, Orange County Sheriff Don Barnes said Monday. Up to 40 people were attending a luncheon honoring a former local pastor when the shooting began.

Barnes said that Chou’s violent assault was motivated by his hatred of Taiwan and recent tensions between Taiwan and mainland China. 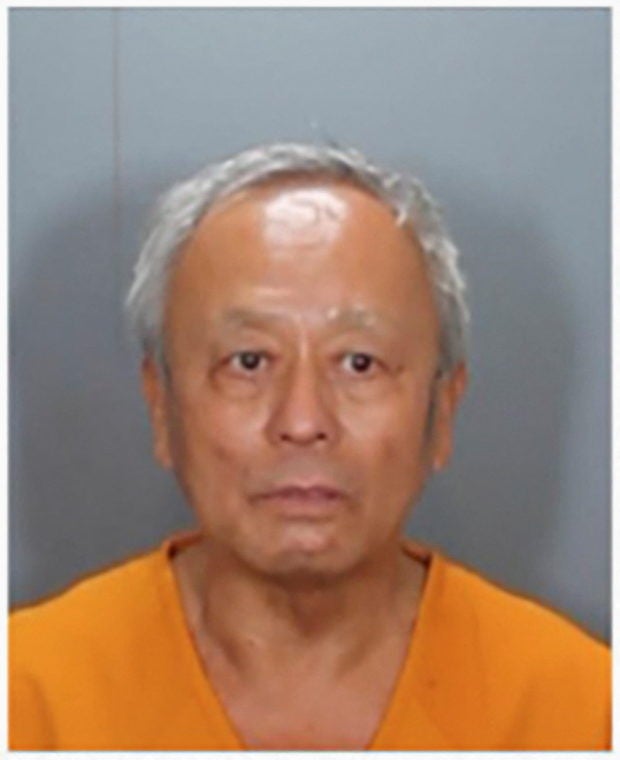 In Chou’s car, Barnes said, investigators found notes written in Mandarin that indicated an obsession with Taiwan and a dislike of Taiwanese people.

All of the victims – whose names have not been released – were of Asian heritage.

“This is a manifestation of the ugliest part of our humanity that exists in our country today,” Barnes said at a news conference on Monday, also referencing the weekend’s racist mass shooting targeting Black people in Buffalo, New York.

The FBI said it was opening a hate crime investigation in the case.

Chou, who stashed Molotov cocktails at the church, will likely be charged with one count of murder, five counts of attempted murder and four counts of unlawful possession of explosives at an arraignment on Tuesday, Orange County District Attorney Todd Spitzer said at the news conference.

Spitzer said he was considering asking for the death penalty in the case, although California has not executed a prisoner in more than a decade. Spitzer said he visited the church social hall on Sunday to see the carnage for himself.

As Chou began his rampage, Dr. John Cheng, 52, a sports medicine specialist, tackled him and was shot. But Cheng, who Barnes described as a hero, was able to give other congregants, including a pastor, the opportunity to overpower the shooter and tie his legs with an electrical cord, detaining him until sheriff’s deputies arrived and broke through the chains on the doors.

Chou, who remains in custody, was believed to be acting alone, Barnes said. He purchased two guns used in the attack legally in Las Vegas, where he rented a room in a shared home.

The wounded – four men ranging in age from 66 to 92 and an 86-year-old woman – were taken to hospitals for treatment, the sheriff’s department said.

The Taiwanese congregation shared space with the Geneva Presbyterian Church in Laguna Woods.

The congregation had arranged a lunch reception for the former pastor, who had left United States and relocated in Taiwan, but returned for a visit, said Tom Cramer, leader of the Presbytery of Los Ranchos and a former pastor at the Geneva Presbyterian Church, in an interview.

It was at least the second mass shooting of the weekend in the United States, which has been plagued with gun violence in recent years. In Buffalo, New York, on Saturday, a white 18-year-old man opened fire at a supermarket in a mostly Black neighborhood, killing 10 and wounding three in what authorities described as a purely racist attack.