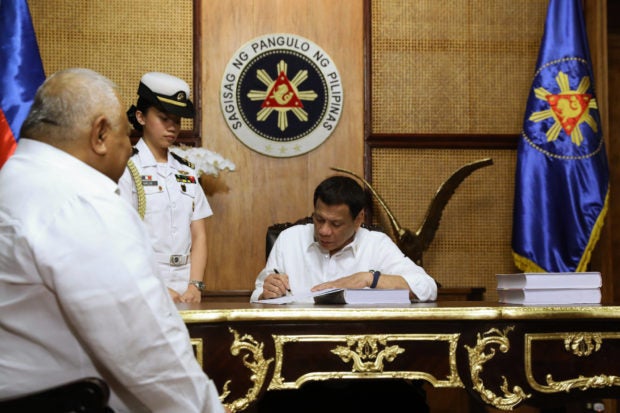 MANILA, Philippines — President Rodrigo Duterte has signed into law a measure granting night differential pay to government employees, including those in government-owned or -controlled corporations.

Republic Act No. 11701 was signed into law on April 13 but a copy of which was only released to the media on Monday.

The new law provides that government employees, whether permanent, contractual, temporary or casual, shall be paid a night shift differential of a maximum of 20% of the hourly basic rate.

Hourly basic rate refers to the basic salary rate per hour derived by dividing the basic monthly rate by 22 working days, and dividing the quotient by eight hours.

Employees not covered by the new law are:

Funds for the implementation of the new low shall be charged against existing appropriations of national government entities in the General Appropriations Act.