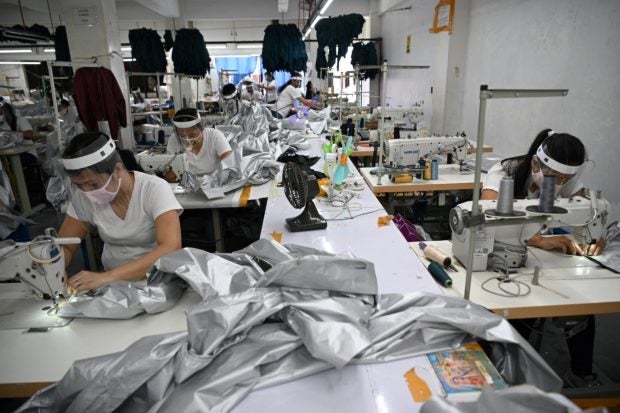 MANILA, Philippines — Micro-entrepreneurs should be exempted from the implementation of the minimum wage increase as “financially strapped” businesses may not survive,  Presidential Adviser for Entrepreneurship Joey Concepcion said Monday.

The Department of Labor and Employment (DOLE) over the weekend announced that the daily minimum wage has increased by P33 in Metro Manila, and by P55 to P110 in Western Visayas.

“Well, what we’re seeking is an exemption for our micro-entrepreneurs. Actually I’m told that the provision allows—they define micro-entrepreneurs under this exemption to be those who have employed basically no more than 10 people,” he said when interviewed on ABS-CBN News Channel’s Rundown.

“I think what’s really important at this point in time is really job generation. Of course, I understand that wages do have to be increased as the price adjustments on our basic food and you know fuel and all of that have come up tremendously because of this crisis in Ukraine and Russia. So, the purchasing power of our employees have gone down,” he added.

Concepcion, however, pointed out that “financially strapped” entrepreneurs will not survive if the proposed exemption for micro-entrepreneurs is not approved.

“Definitely, it will be more challenging. I’m told… that it’s very clear in what has been passed that there will be exemptions, especially for those who are financially strapped and are in rehabilitation, they definitely will not survive if these wages will be imposed on them,” he said.

He noted that micro, small, and medium enterprises must be supported as they comprise 99 percent of the business sector and employ 60 percent of the entire workforce.

Critics have slammed the wage hike, which they said is insufficient.