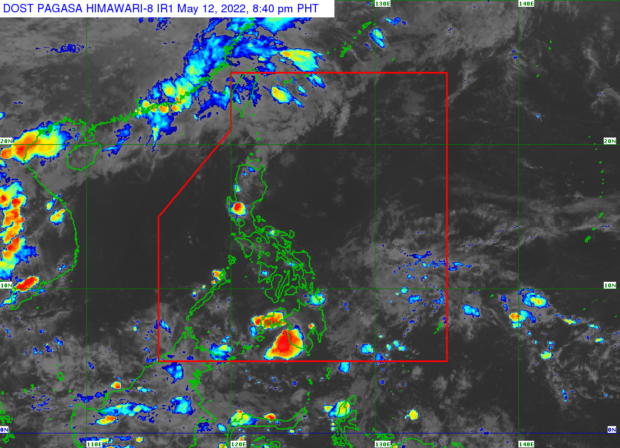 MANILA, Philippines — A low-pressure area within the intertropical convergence zone or ITCZ would continue to bring rain over areas in Mindanao, according to the Philippine Atmospheric, Geophysical and Astronomical Services Administration (Pagasa) on Thursday.

Particularly, the state weather bureau said rain may be expected in Bangsamoro, Soccsksargen and Zamboanga Peninsula on Friday.

Pagasa weather specialist Raymond Ordinario said the LPA within the ITCZ was spotted 175 kilometers east of Davao City as of 3 p.m. Thursday.

(We continue to expect cloudy skies with scattered rain, lightning, and thunder there in the southern portion of Mindanao, which includes the Bangsamoro Region, Soccsksargen, and the Zamboanga Peninsula due to the ITCZ and LPA.)

The rest of Mindanao and the entire Visayas, on the other hand, would experience generally fair weather with possible rain by Friday afternoon and evening.

Meanwhile, the whole island of Luzon may see generally fair weather, with hot and humid conditions during the day and isolated thunderstorms in the afternoon and evening.

Despite the presence of an LPA, Ordinario said that no storms are expected to enter or form within the Philippine area of responsibility over the next three to five days.

No gale warning was also raised in the country’s surrounding seaboards and in-land seas.

Pagasa then issued the following temperature range in key cities/areas or Friday:

Pagasa: Rain expected in parts of Mindanao due to LPA off Davao City; fair weather elsewhere