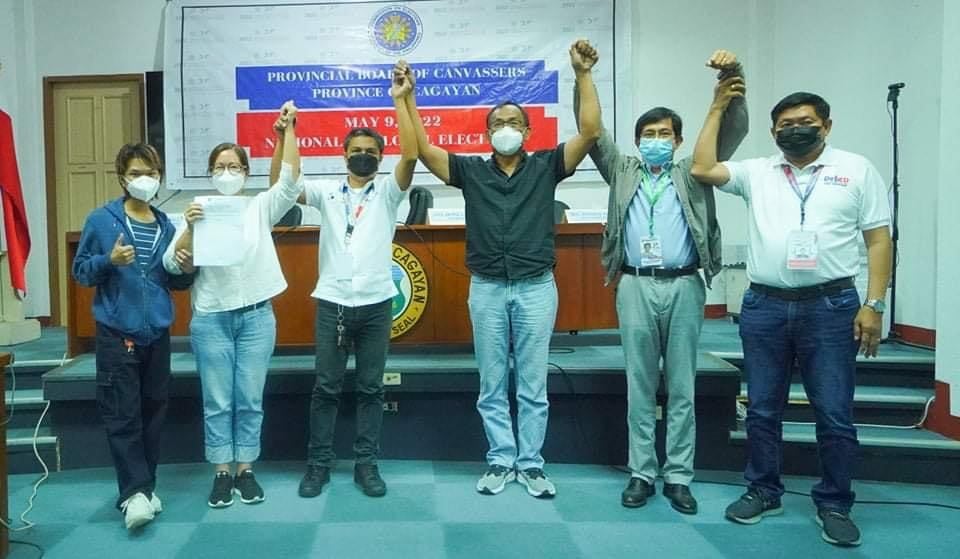 The board of canvassers proclaim on May 11 Gov.-elect Manuel Mamba of Cagayan province.(Photo courtesy of Cagayan PIO)

TUGUEGARAO CITY––At least 13 towns in Cagayan province will be governed in the next three years by local leaders who are either husbands and wives, fathers and their children, siblings, or members of a dominant political clan who dominated the recently concluded local elections.

Jennalyn received 36,011 votes against her lone opponent, Ricardo Capalungan, who got 982 votes, while Meynard was unopposed and got 31,651 votes.

In Allacapan, Mayor Harry Florida and his wife Yvonne, the vice mayor, had no rivals in their reelection bids, but still got over 13,000 votes each.

The husband-and-wife tandem of Mayor Vincent Unite and Vice Mayor Violeta Unite of Ballesteros town edged out their opponents to emerge the winners.

Tuao will also see in June the same officials because Francisco Mamba Jr., the mayor, and brother William, the vice mayor, just switched places and won by a landslide.

In Santo Niño town, Mayor Vicente Pagurayan was reelected, along with his son, Andrew Vincent, as his vice mayor.