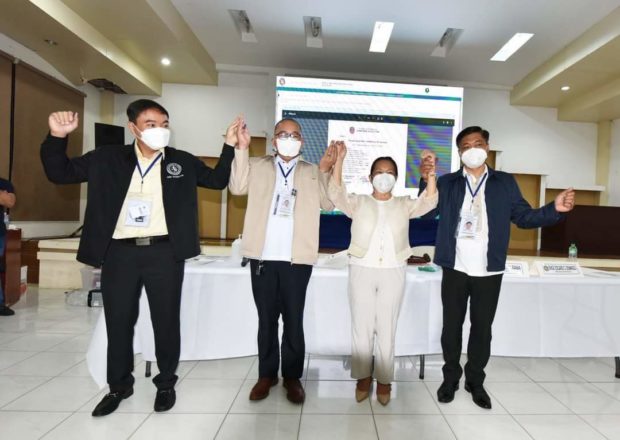 Comelec officials in Pampanga province proclaim former president Gloria Macapagal-Arroyo on Tuesday (May 10) night as the winner in the second district congressional race where she ran unopposed. (Photo courtesy of  Pampanga PIO)

CITY OF SAN FERNANDO, Pampanga — Former president Gloria Macapagal-Arroyo has been proclaimed as the winner in Pampanga’s second district congressional race where she ran unopposed.

Vice Gov. Lilia Pineda, who sought reelection without a rival, was proclaimed for a second term.