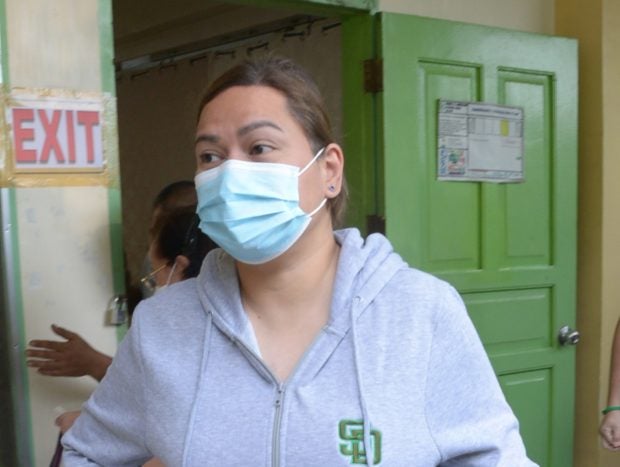 MANILA, Philippines — Davao City Mayor Sara Duterte-Carpio thanked those who accepted the movement for unity on Tuesday as she kept her lead in the partial and unofficial count in the vice presidential race.

According to Duterte-Carpio, the UniTeam will be the “symbol of courageous and united Filipinos.”

“Thank you to those who believed and trusted my decision to run for vice president. We shall continue to guard our votes until we have reached the proclamation,” Duterte-Carpio said in a statement, which was a mix of English and Filipino.

“Thank you for accepting the movement for unity brought by Bongbong Marcos,” she added.

As of 11:32 p.m., Tuesday, Duterte-Carpio leads the vice presidential race with over 31.5 million votes.

In distant second is Sen. Francis Pangilinan with more than 9.2 million votes while Senate President Vicente Sotto III is in third with over 8.1 million votes.

Meanwhile, Duterte-Carpio also called on the public to take their booster shots to combat COVID-19.

“For our love of our country, I am appealing to everyone to take their booster shot against COVID-19 so that the virus will weaken and we can recover from this pandemic,” she said.