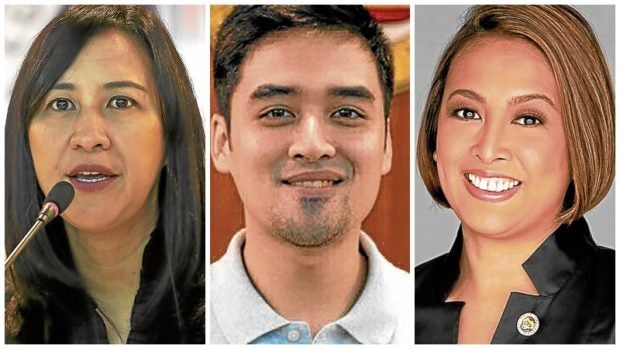 MANILA, Philippines — Incumbent officials dominated the elections in Metro Manila with more than 98 percent of the poll returns in the National Capital Region (NCR) processed as of Tuesday afternoon, according to the Commission on Elections transparency server.

Early on Tuesday, Pateros Mayor Ike Ponce was declared the winner in the mayoral race in Metro Manila’s lone municipality. He will be serving his third and final term with Carlo Santos, the vice mayoral candidate of the Nacionalista Party, who won with 16,856 votes in a close fight against Ponce’s running-mate, John Peter Marzan, who garnered 14,227 votes.

In Makati City, Mayor Abby Binay was reelected overwhelmingly for a third and final term, getting 338,819 votes compared to independent candidate Joel Hernandez’s 16,640.

In Muntinlupa City, incumbent Rep. Ruffy Biazon was proclaimed mayor-elect. Come July, he would trade places with Mayor Jaime Fresnedi, who won as congressman-elect while Artemio Simundac was reelected as vice mayor.

Despite having eight opponents, Mayor Imelda Aguilar was able to secure a third and final term. Also reelected were her daughter April as vice mayor, and her niece, Rep. Camille Villar, daughter of Sen. Cynthia Villar, and sister of Mark Villar, who is poised to join his mother in the Senate based on partial and unofficial tally results.

Also making a comeback as Taguig mayor-elect was Lani Cayetano, who served a single term as city representative in the second district. She got over 270,000 votes compared to 87,000 votes for Arnel Cerafica.

In Parañaque City, brothers Eric and Edwin Olivarez were proclaimed as mayor and representative-elect, respectively. They will be switching places come July, after reaching the three-term limit of their current posts.

Emi Calixto-Rubiano secured a second term as Pasay mayor after garnering more than 147,000 votes against former councilor Richard Advincula who got over 30,000 votes.

Teodoro, on the other hand, got 183,878 votes against former Mayor Bayani Fernardo who garnered 40,149 votes.

In Mandaluyong City, the Abalos clan retained their hold on the top posts after Benjamin Abalos Sr. won as mayor with 136,849 votes, with his daughter-in-law and incumbent Mayor Carmelita Abalos securing the vice mayoralty.

Also climbing to the top post in Manila was incumbent Vice Mayor Honey Lacuna who bested five other candidates.

In Valenzuela City, incumbent Rep. Wes Gatchalian and his running mate Lorie Natividad-Borja overwhelmingly won the top two posts. Gatchalian will replace his brother Rex, the incumbent mayor who ran unopposed as the city’s 1st District representative. Eric Martinez, known as one of the lawmakers who voted to junk the ABS-CBN franchise, was reelected as 2nd district representative.

According to political scientist and professor Maria Ela Atienza, the COVID-19 response of reelectionists was among the determining factors for voters’ choice of candidates.

—WITH REPORTS FROM JANE BAUTISTA AND DEMPSEY REYES