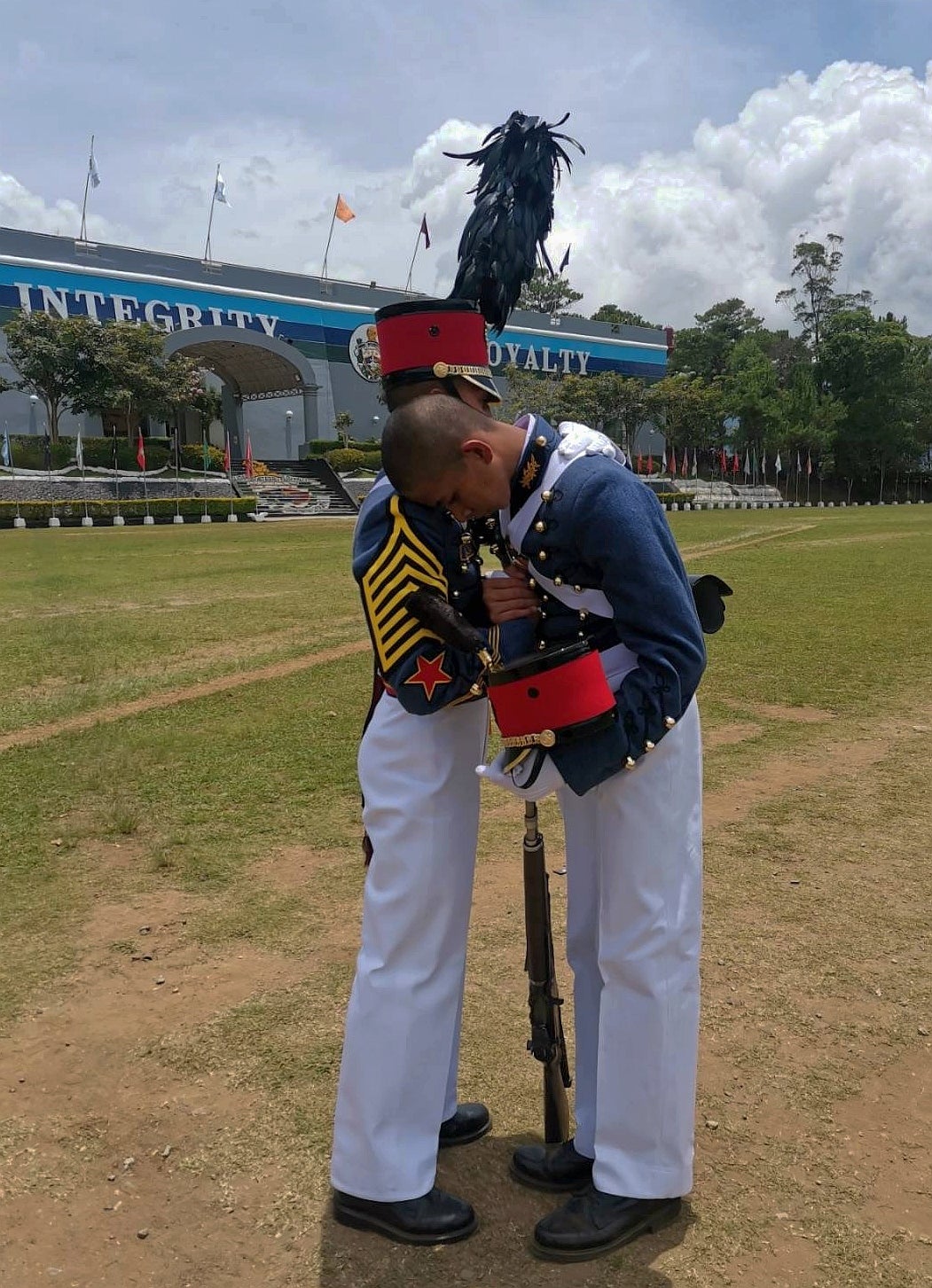 BLESSED HANDSHAKE. Plebes belonging to the Philippine Military Academy Class of 2025 underwent the military school’s first in-person recognition rites on April 30 with their parents in attendance, after PMA opened its gates to the public in March after a two-year lockdown because of the coronavirus pandemic. The ritual involves freshmen cadets leaning back for minutes while in formation to await the “blessed handshake” of a senior cadet which signifies he or she has been accepted as a member of the cadet corps. PHOTO COURTESY OF THE PHILIPPINE MILITARY ACADEMY PUBLIC AFFAIRS OFFICE

BAGUIO CITY––A freshman cadet died in March from a blood-ailment, which could not be detected by routine medical screening, officials of the Philippine Military Academy said on Tuesday (May 10).

Arroyo was a member of PMA Siklab Laya Class of 2025, which was recognized formally as part of the Cadet Corps during in-person ceremonies on April 30.

Before the recognition rites attended by Chief Justice Alexander Gesmundo, Air Force Lt. Gen. Ferdinand Cartujano, PMA Superintendent, took a minute to pray for Arroyo, who was recognized posthumously as a member of the Corps.

Tomines said Arroyo had been healthy “and was well loved by his classmates.”

But before Christmas last year, “he developed rashes all over his body,” the official said, prompting his confinement at the Fort del Pilar Station Hospital and later at the V. Luna Hospital, where he died after three months.

The cadet’s condition there “worsened every day,” Tomines said until the cadet began suffering frequent hemorrhages.

His mother, a migrant worker, flew back and was with the cadet when he died, the PMA official said.

The condition is not an ailment that could be detected by the medical screening board when the cadets were examined before their acceptance at the military school, said Tomines.

He said the cadet’s mother referred to relatives who suffer from the same ailment.

During the recognition ceremony for Arroyo’s classmates, Gesmundo said the Armed Forces of the Philippines benefits from PMA graduates who continue to practice the ethics and morality shaped by their honor system once they graduate and commissioned as junior officers.

Often represented by the oath, ‘cadets do not lie, cheat, or steal nor tolerate those who do,’ the cadet’s Honor Code is “a set of basic fundamental, ethical and moral principles [that has built] men of honorable character,” Gesmundo told them in a speech he gave to the plebes.

The country’s top magistrate urged the plebes to practice the Honor Code “with the end view of applying it outside as officers of the Armed Forces of the Philippines.”