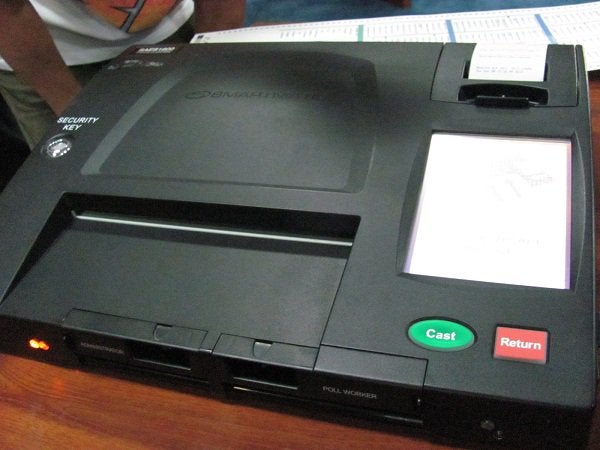 At least 80 defective VCMs were repaired, while 67 were replaced with functioning units. Police reported that 96 VCMs remained defective.

However, the police did not say if voting proceeded in polling precincts with defective VCMs.

Except for technical glitches, the national and local elections in the Calabarzon region were generally peaceful.

“So far, there were no reports of any untoward incidents with regards to peace and order,” Torres said in a 5 p.m. interview.

There was, however, one minor incident between a female voter and a local news reporter in Balayan town in Batangas province, Torres said.

Balayan police reported that the voter, identified as Lilian Villamin, and a poll watcher engaged in an argument that resulted in a commotion in a voting center in Barangay Magabe at around 10:13 a.m.

Edgardo Borita, a correspondent for a radio station, intervened to pacify both parties.

But Villamin turned her ire on Borita, punching his face, strangling him, kicking his lower limb and shouting invectives at him, a report said.

Villamin escaped after the incident and is facing charges for slight physical injury, slander by deed and simple threat, police said.  /ra