PPCRV: Village execs give away sample ballots at polling places in Tarlac town 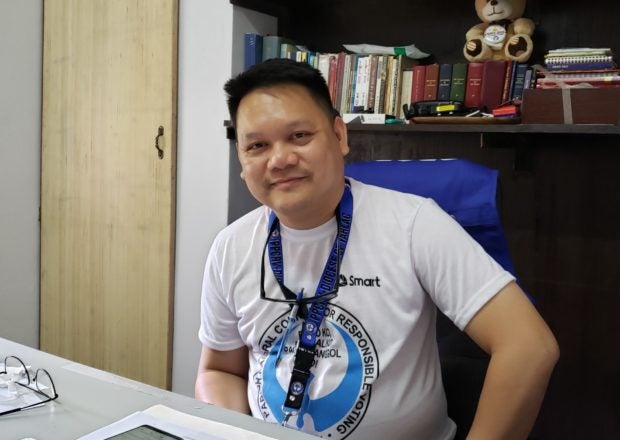 TARLAC CITY, Tarlac—Several village officials and peacekeepers in the western parts of Gerona town in this province were allegedly seen distributing sample ballots at the entrance of polling places, the Parish Pastoral Council for Responsible Voting (PPCRV) Tarlac disclosed on Monday afternoon, May 9.

“The report that we received was that barangay officials in western parts of Gerona were stopping voters at the entrance of polling places to give them sample ballots. The information came from a reliable source who has been actively helping the PPCRV in its tasks to ensure a clean and honest election,” Fr. Oscar Roque Jr, PPCRV Tarlac director, told the Inquirer.

He said the matter had been reported to the police.

“The barangay officials were asked by the policemen to leave the polling places and they complied,” he added.

Roque said there were also a few voters who wore shirts bearing the names and photos of presidential candidates inside the polling places.

“I called the DESO and asked why our poll watchers were barred from entering the voting precincts. She told me that she did not know PPCRV, although she was a longtime teacher who had poll duties in previous elections. I told her that PPCRV had been actively part of the election process since 1991,” he said.

The PPCRV Tarlac director said the DESO eventually allowed the volunteers inside the precincts after the intervention of the Commission on Elections’ municipal office was sought.

Roque said the missing names of several voters who were able to cast their votes in the 2019 elections were also recorded.

There were also cases of vote-counting machines that failed to issue receipts and stained ballots that were rejected by the machines.

“There was also a case of two sets of master list of voters in Concepcion town, which had different numbers of voters,” he said.  /ra