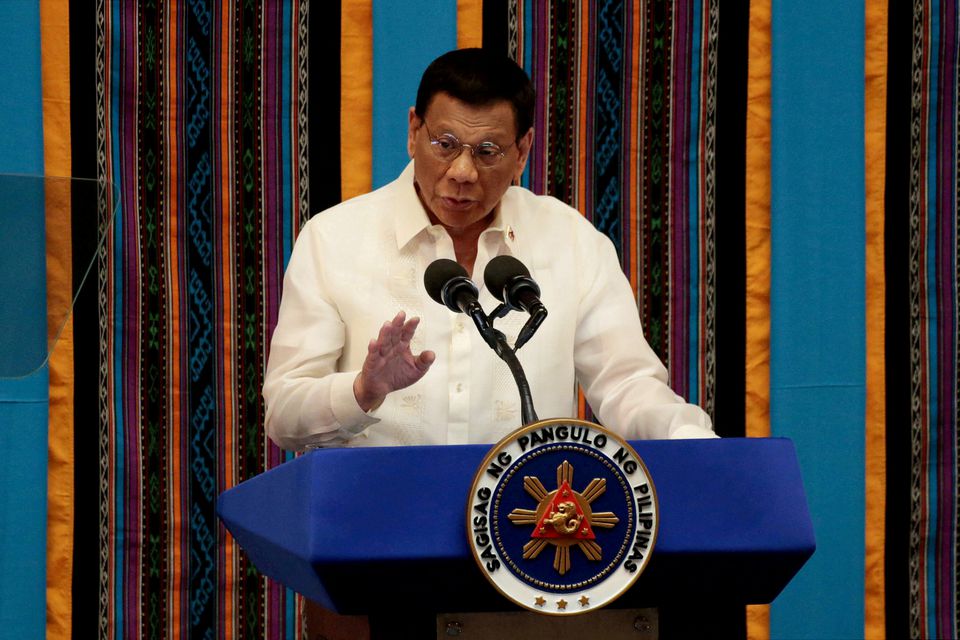 DAVAO CITY, Philippines—Addressing a crowd that gathered around him after casting his vote in this city, President Duterte bade them goodbye and thanked them for his three decades in public service that started as a vice mayor here back in 1986. The crowd then chanting, “Duterte, Duterte!”

The President, who arrived around 4:30 p.m. (his advisory said 3 p.m.) at the Daniel R. Aguinaldo National High School here to vote, spent about 10 minutes inside his precinct before he faced the crowd around the area waiting for him.

“I’m about to leave the presidency and I only want you to hear my heartfelt thanks to the people of Davao,” Duterte told them. “You started my journey to Malacanang, and now that I have my children, if you believe that they run the city well, I’d like to ask,” said the President, who immediately checked himself, realizing that it was already past the campaign period and campaigning was no longer allowed. “You have already cast your votes,” he said.

“I will instead thank you for helping them,” said the former mayor, referring to his children with first wife Elizabeth Zimmerman–Paolo, Sara and Sebastian–who were running for different posts in Monday’s elections.

While daughter Sara, the Davao City mayor, is gunning for the vice presidential post, eldest son Paolo is seeking reelection as the city’s first district representative. His youngest son Sebastian Duterte, is running for mayor, to replace his sister.

Mr. Duterte, who first became a local government official when the late President Corazon Aquino appointed him as vice mayor of the city, told the people of the city that he would continue to help them when he returns to civilian life.

“I am just in Davao, even if I’m already a civilian, if I can still help you, I will,” he said in Cebuano. “Just as I said before, I am Rodrigo Duterte, I will remain your servant.”  /ra