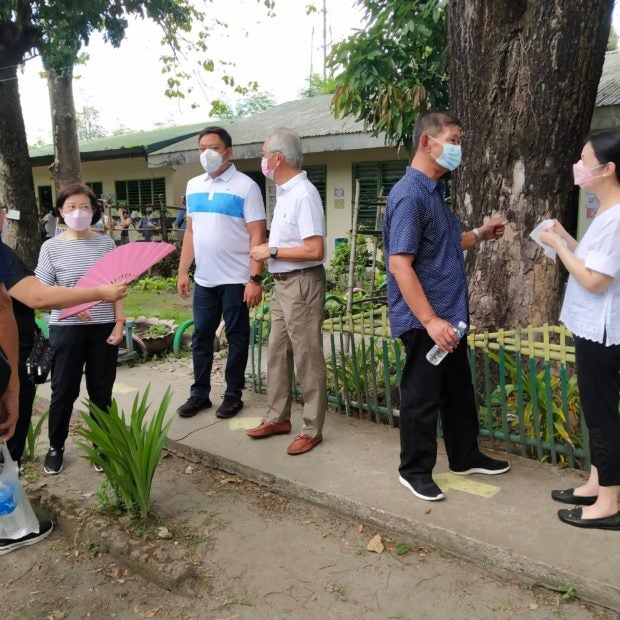 TARLAC CITY — Former presidential sisters Ballsy Cruz and Pinky Abellada Aquino cast their votes at precinct 0175 A of Central Elementary School in Barangay Central in this city at around 10:30 a.m.

The Aquino sisters, as well as their nephews and nieces, used to vote here with the late former president Benigno “Noynoy” Aquino III. INQ