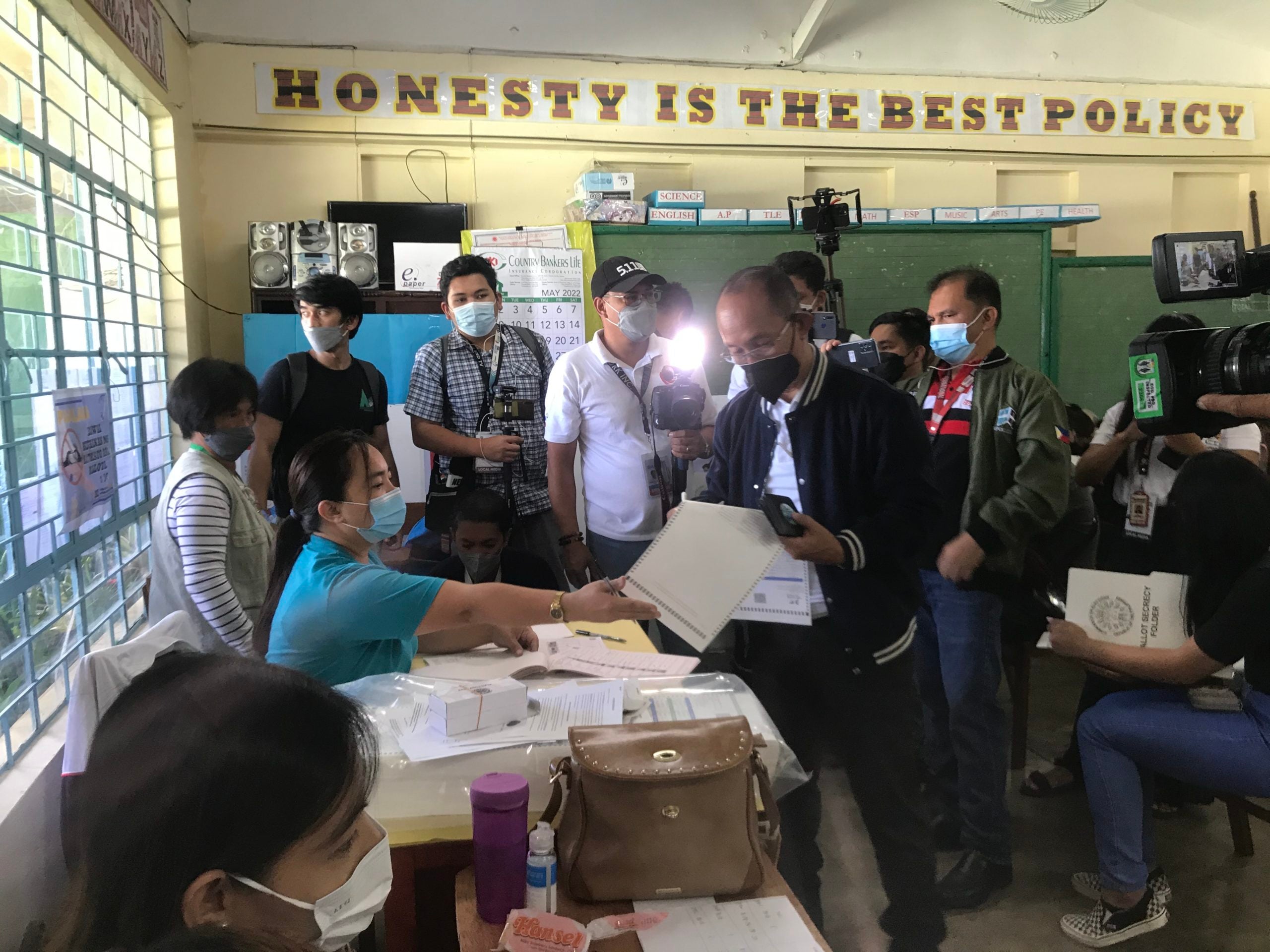 Baguio Mayor Benjamin Magalong casts his ballot on Monday (May 9) at the Manuel Roxas Elementary School along Marcos Highway. PHOTO BY VINCENT CABREZA

BAGUIO CITY—Mayor Benjamin Magalong cast his ballot at about 9:30 a.m. on Monday, May 9, at a crowded Roxas Elementary School.

Magalong arrived with his wife Arlene but had to circle in search of his classroom at Precinct 14A.

“The place is a little crowded, but people are wearing masks. Our election officers and teachers are managing the precinct quite well,” Magalong later said.

Schools were more overcrowded in previous elections, he pointed out.

Long lines of people were lined up outside the school gates as early as 8 a.m. because the school needed to maintain a minimum number of people inside the campus at a given time.

The school had to accommodate voters of four barangays along Marcos Highway, said Principal Juliet Mamaril, who oversaw queues of residents, some of whom were in a wheelchair.

The school and its 36 teachers have been holding limited in-person classes.

One of Magalong’s rivals, former Mayor Mauricio Domogan, voted much earlier before 8 a.m.