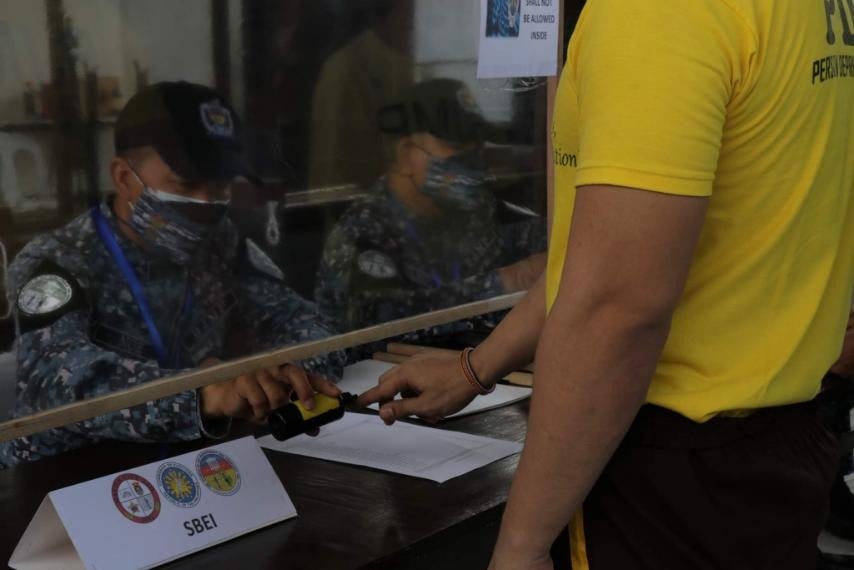 An inmate voting inside a BJMP jail facility for the 2022 elections (Photo from the BJMP).

MANILA, Philippines — The Bureau of Jail Management and Penology (BJMP) assured the public on Monday, election day, that it is ready to secure the jails where over 30,000 inmates or persons deprived of liberty (PDLs) will be casting their votes.

According to BJMP chief Jail Director Allan Iral, the facilities of the bureau are well prepared not only to ensure that no violent incident erupts, but also to prevent the spread of COVID-19.

A huge chunk of the inmate voters are from the  Cebu City Jail – Male Dormitory with 1,102 PDLs, followed by the following facilities:

The BJMP said PDL voters are only allowed to vote for national candidates, just like overseas and local absentee voters.

The bureau also assured that inmates with body temperatures higher than 37.4 degrees Celsius would still be allowed to vote, but they would be asked to do it inside an isolation polling place inside the jail facility, which may be a clinic.