newsinfo / Headlines
Headlines
In the Name of the Father

DAVAO CITY — As voters cast their ballots for the next mayor here today, they will choose between two candidates who aspire to sustain the legacy of their fathers, who both served as past mayors here.

Both Vice Mayor Sebastian “Baste” Duterte, youngest son of President Duterte, and his closest contender, former Rep. Ruy Elias Lopez, invoke the name of their fathers as they compete for the city’s highest post here.

Ruy, the son of Elias Lopez, the city’s first and only mayor from the Bagobo indigenous tribe, has said he decided to run for mayor to honor the memory of his father, who considered public service as a supreme sacrifice. The late mayor Elias, a graduate of the University of the Philippines (UP), and well loved in Davao City, served as mayor here from 1967 to 1971 and from 1981 to 1986. As a student, he was the first Mindanaoan to serve as UP Student Council president (school year 1954 to 1955); and later, as a seasoned politician in the post-Edsa People Power year, was the one who helped usher in the President to politics when he ran for mayor in 1988.

The President served for three terms until 1998, when he ran and won as Davao City first district representative. He came back as mayor after his first term in Congress and served another three terms in the city. After which he ran as vice mayor to his daughter Sara Duterte in 2010; and later returned as mayor before winning the presidency in 2016. 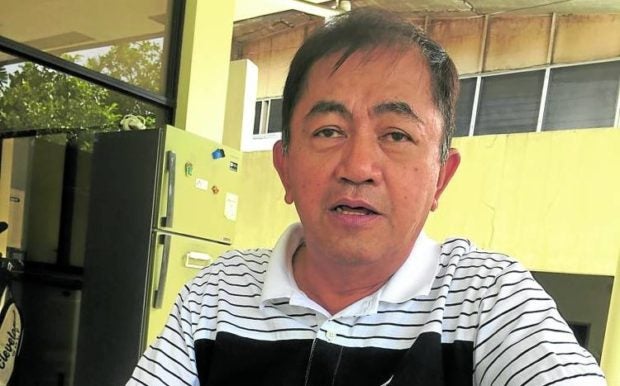 Ruy was an ally of the President before they broke ties in 2007, when the latter decided to field his daughter Sara as vice mayor. Ruy protested the father-daughter tandem that he said would “offset the check and balance in a democratic institution, a safeguard against corruption.”

Duterte: ‘Learn how to kill’

The President, who guested the “miting de avance” of Baste on Friday night, told his son that if he didn’t know how to kill, he’d better learn it fast.

“Og mayor ka, Baste, kung di ka kabalo mopatay, pagsugod na, pagtuon na karung gabii, kay ang mayor kung di mopatay, mahadlok mopatay, may problema gyuud mo (If you’re mayor, Baste, and you don’t know how to kill—you have to start learning tonight—because if the mayor doesn’t know how to kill or is afraid to kill—you will have a big problem),” he said, reiterating what he said about the viciousness of drug addicts and criminals.

The President has not toned down on his warning against drug pushers, nor against his critics.

As if in response to the President’s speech, Uniteam, the tandem of presidential aspirant Ferdinand Marcos Jr. and running mate Sara, released a statement saying they would continue to implement what the President had started.

In contrast, Ruy remembered his father for the his sense of “delicadeza” and his idea of public service as sacrifice. “People follow you because they love you, not because they are afraid,” he said. INQ